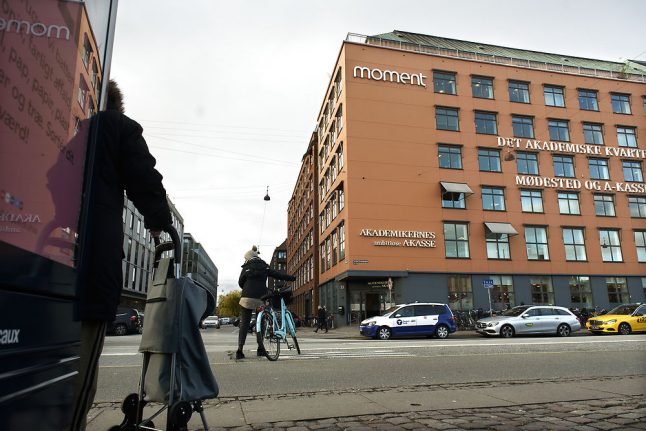 Settling into any new job is a challenge, doing it in a new country even more so – you will need to gain an understanding of the way the labour market works, and it may be different to where you lived before.

In Denmark, the majority of employees are members of a union, and many take out private unemployment insurance through a provider known as an A-kasse (arbejdsløshedskasse).

It’s important to note that these are things that you are responsible to arrange for yourself and you should not expect them to be part of your formal employment process.

It is very common in Denmark for employees, including white-collar employees and management, to join a union. At the end of 2018, 1,862,700 working people in the country were union members – close to 70 percent of all people in employment.

Unions offer a variety of services and support to their members, such as reviewing employment contracts and other legal support, providing discounts on insurances and other products, and offering great networking opportunities. Unions are generally focused around a specific profession or trade.

They also negotiate contracts with state authorities over employment terms for their members, which can often constitute most of a sector’s workforce — so industrial disputes can become wide-ranging and serious.

It can be hard to know which union you should join, especially if you are new to the Danish labour market and aren’t able to read Danish.

The names of many of the unions themselves contain the profession that they are associated with, so you may want to ask a Danish friend for help or run the list through your preferred translation website.

Many of the unions have websites with a section in English, which give a description of the types of professions that they cover. A handful of them are also multidisciplinary. If you are still unsure of which to pick, you can always ask your co-workers for advice, especially those that are in the same profession or trade.

It is also very common and highly recommended for employees to join an A-kasse, a private organization that provides unemployment insurance. Membership involves paying a monthly or quarterly fee.

Payouts to A-kasse members, known in Danish as dagpenge, are funded in part by the state and in part by membership fees.

It can also be difficult to figure out which A-kasse to join and while some are cheaper than others, it’s not just about paying an insurance premium. It’s a good idea to find an A-kasse that also fits well with your profession or trade.

In the event that you become unemployed, it’s good to have an A-kasse that is an appropriate fit for your background, so that they can better help you with your plan to get back into the workforce.

There are a lot of rules that you’ll have to familiarize yourself with, including when you will be allowed to apply for benefits and how long you can receive them.

In general, you have to have been an A-kasse member for a year before being able to apply for benefits in the event of unemployment. You also have to have worked for a certain period of time within the last three years, which varies depending on whether you were insured as full-time or part-time.

However, special rules, passed by parliament at the end of 2018, apply if you have lived abroad in the recent or medium-term past.

These introduced a rule that residency in Denmark or another EU or EEA country in seven of the last 12 years will be required for eligibility to receive benefits through the A-kasse system.

You can read more detail (in Danish) about the introduction of the residency requirement (opholdskrav) on the website of the industry representative body, Danske A-kasser, here.

It’s also worth noting that the residency rules were implemented by the previous government, and the new government might change them — the ruling Social Democrat party has, in fact, suggested (prior to the election being called) that it would.

Furthermore, if you decide to quit your job yourself, then there will be a waiting period in which you will not eligible to receive benefits.

There is a cap on the amount you can receive, so you are not automatically covered for your whole salary. You can check if your A-kasse offers a supplemental insurance plan, which you have to pay into for a certain amount of time before you become unemployed, in order to get the additional benefits.

These are just some examples of the rules. All of terms and conditions will be available from your A-kasse, so be sure to review everything carefully.

There may also be other great membership benefits from your A-kasse that you can use even while employed. Some offer additional packages for legal advice, which can be helpful if you don’t join a union.

There could also be networking opportunities, workshops or webinars that you can participate in, which can help strengthen your overall profile.

READ ALSO: What you need to know about vacation in Denmark – and how the rules are about to change

Are there any general or specific topics related to working, living, studying or anything else in Denmark that you'd like us to write about in detail? Let us know — we'd like to hear your suggestions.