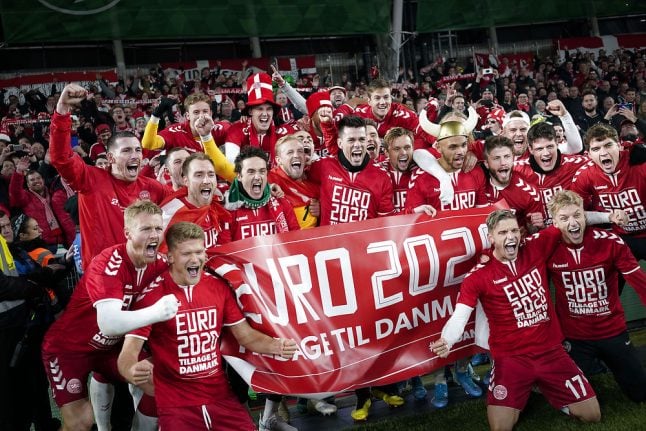 A 1-1 draw against the Republic of Ireland in Dublin on Monday night was enough to secure Denmark’s participation in next summer’s finals, which will be played across Europe – including in the Danish capital.

Although the fixtures for the tournament are yet to be finalized, with a draw to take place in Bucharest on November 30th, the Danes are already certain to play either two or three of their group-stage matches at Parken stadium in Østerbro, Copenhagen.

Central defender Mathias ‘Zanka’ Jørgensen said following the draw with Ireland that it would be a special experience to play in a major international tournament a stone's throw from his home neighbourhood.

“I’ll be playing in the Euros five minutes from where I was born and where I grew up. I’ve played football around there for most of my life. If I want to, I can go by bicycle after the match and be at my mum's in less than five minutes,” Jørgensen said.

“(The prospect of playing) the Euros in Denmark has been an overpowering source of motivation for all of us. It would have hurt deep down to have had to watch from the sidelines,” he added.

Midfielder Christian Eriksen said after Monday’s qualifier that it would be “surreal” for the red-and-whites to play at Euro 2020 in front of home fans, while goalkeeper Kasper Schmeichel expressed his excitement.

“I think all Danes have dreamed about playing a home match in a major finals. Now we have the chance, and are looking forward to it incredibly,” Schmeichel said.