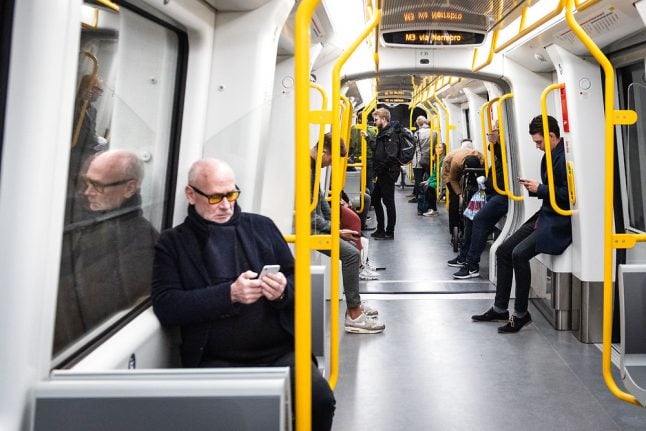 We received a high number of varied and interesting responses to our questionnaire – many thanks to all who took the time to get in touch. We were glad to have the chance to read all of your answers.

What are the most common habits you picked up?

One answer was very prominent here, and it comes on two wheels.

Byurakn Ishkhanyan, from Armenia, said she was cycling “from day one, even before having a place to live”.

“I love cycling. The bike lanes are safe, and I became more fit,” wrote Marijo Mayotr from the Philippines, who lived in Hellerup near Copenhagen from 2013-15. Mayotr added that he still enjoys using a Danish flag as a birthday celebration.

As well as eating rugbrød (dark rye bread), cycling was also quickly taken on board by Martin Cerny, who moved to Denmark from the Czech Republic as a student in 2012.

Cycling is “not necessarily a Danish habit… it's just convenient here,” Cerny wrote and also mentioned a number of other habits, including: “saying ‘nåå okay’, being quiet on public transport, saying ‘hvad hedder det’ [‘what’s it called’, ed.] as a filler word even when speaking English” and wearing “black and quite good fashion”. Others also mentioned Danish filler words creeping into their speech.

“People tell me and now I notice that I say “ejjj” and “nå” quite often. Even when I go back to New York I still carry it on. I swear a lot as well in Danish,” Nadine Morgan wrote. Morgan moved from NY state to Denmark in 2015.

Ishkhanyan said she had become more reserved in public since moving to Denmark.

“Even though naturally I am more reserved than an average Armenian, Denmark gave me the right to be reserved. I stopped trying to be social and talkative because it was okay not being too social in Denmark. It was a gradual change though,” she wrote.

Borja noted similar, writing that “I feel like I have to be in my best behaviour whenever I’m in public. Danes are very reserved”.

Others cited the Danish sweet tooth as a custom to take to heart.

“Cakes! There seems to be every reason for Danes to celebrate with a cake. After dental appointment – there’s cake; someone has bought a new car – there's cake; before a long holiday – celebrate it with cake!”, Jamie Borja, who moved to Aalborg in January from the Philippines, wrote.

“My consumption of (candy and cakes) went up about 400 percent after moving to Dk,” Morgan added. Which Danish habits do you dislike or try to avoid?

“Wearing black. I wear colourful clothes and I'll continue doing it. I won't start eating pork (or any other meat) either. The same goes for getting drunk and losing my mind,” Ishkhanyan said.

Morgan said that she strove to avoid eating liquorice.

“Drinking more than one shot of schnapps” was something Romanian Ioana Chicireanu, who has lived in Kolding since 2015, can do without.

Overall, many said they don’t regret picking up Danish habits at all, and welcomed the positive effects Denmark has had.

“I’m so happy to have lived and learned the Danish culture. I try to use things I learned in my daily life. Especially living more simple, less chaotic,” wrote Renee Fister-Lee, an American from North Carolina who now lives in Bagsværd.

“I have heard it said that Danes won’t greet or speak to strangers. I never found this true. I had many conversations and found them to be wonderful and warm,” she added.

“I guess I picked up only what I like. I wouldn't do it if it bothered me,” Cerny wrote.

Sahra Abdinassir, who is originally from Somalia and moved to Rødovre six years ago, wrote that her Danish habits include “lighting candles, talking to kids in a mature way and respecting children's views, (and) dressing in black”.

She said she was “very happy to have picked the habits because it makes me a better mother and a patient person”.