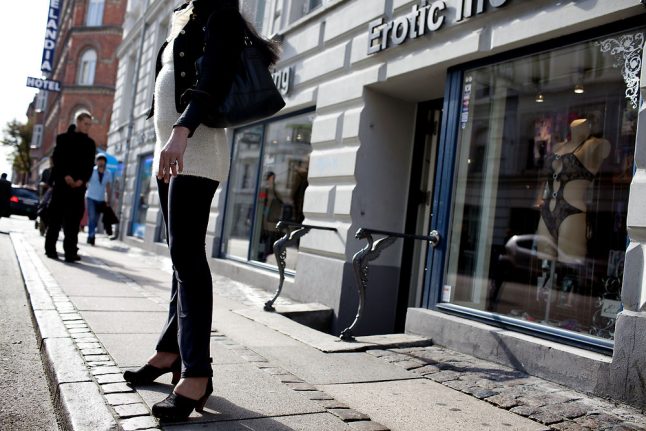 The approach by the previous administration to the issue was wrong, according to new Minister of Social Affairs Astrid Krag.

Krag said that sex workers should not be seen as part of an industry on an equal footing with professions such as, for example, carpentry or teaching, but part of a social problem that must be tackled, Politiken reports.

The minister has therefore chosen to shut down a cross-ministry focus group which has since January this year been considering ways to improve conditions for sex workers in Denmark.

“It makes no sense to me to go down the route of looking at prostitution in the wrong way. We don’t want conclusions telling us how we can make prostitution a recognized trade,” the minister told Politiken.

The now-shelved focus group had been tasked with assessing ways in which sex workers could become entitled to social security such as unemployment insurance and sick pay (Danish: dagpenge).

Additionally, the group was to set out ways to help sex workers leave the industry.

Those conclusions will not be made use of by the Social Democratic government, which will now focus solely on a so-called 'exit pack' for sex workers, detailed in the 2020 budget proposal.

Conservative MP Mai Mercado, the minister for social affairs and children under the previous government, expressed her disappointment at the decision.

“It is so hypocritical that we want their [sex workers, ed.] income tax but don’t want to give them the rights that correspond to such taxes. I almost can’t stand it,” Mercado said to Politiken.

The former minister also said that she agreed exit strategies for sex workers is an important area for improvement.

But not giving sex workers more employment rights is a denial of reality by the new government, Mercado argued.

NGO The Street Lawyers (Gadejuristen), which assisted the now-dissolved focus group, called the decision a “step backwards for sex workers”, and said that exit programmes alone were insufficient support.

“This was a new way in which to view sex workers whereby experts, NGOs and sex workers were brought together to see how conditions could be improved. We welcomed the project. So it is very regrettable and disappointing that the government is now ending that work,”  Maja Løvbjerg Hansen of Gadejuristen said to Politiken.