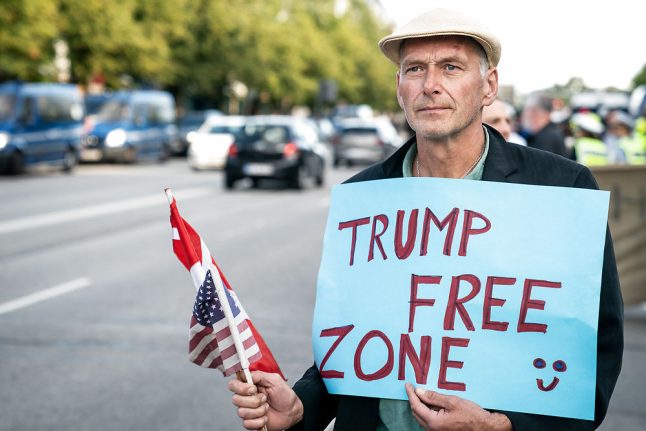 According to previous reports, the cost to Denmark of the cancelled visit was 4 million kroner (536,000 euros).

But parliamentary documentation, in the form of a response by the Ministry of Justice to a question by Red Green Alliance MP Rosa Lund, shows that the bill was actually 5.7 million kroner (763,000 euros).

“This includes pay costs associated with the estimated number of working hours related to the visit, as well as other completed payments,” the written response notes.

The written answer also states that the National Police put 4,200 labour hours into preparation for the visit, while the Ministry of Defence used 2,275 hours. The Ministry of Foreign Affairs spent 2,411 hours.

The National Police also put resources into accommodation, which was not used, recalling personnel from time off and “extra operative equipment and material”.

The Prime Minister’s Office was unable to put a precise figure on its own working hours related to the cancelled visit, but wrote that “at least 13 stad were involved in preparations, using “significant amount” of labour.

“The Prime Minister’s office is yet to receive all invoices for costs related to preparation of the American presidential visit”, the PM’s office states.

Costs incurred by local authorities such as Regions and municipalities are not included in the information, which relates solely to state costs.

Interests in the Arctic region, notably in relation to China, topped the agenda when Pompeo visited Denmark on Wednesday.

“I am pleased to see the United States' increased financial obligations [in Greenland, ed.] in the form of the reopening of the US Consulate in Nuuk and funds for projects,” Kofod said at a briefing following the meeting.

But the Danish foreign minister’s comments were particularly notable in relation to China, according to an analyst.

Stressing the close alliance between Denmark and the United States, Kofod said the two countries “are rulemakers, not rulebreakers”.

That may reflect a more critical position closely aligned with US interests.

“The government has, in recent months, moved towards a radical change to Denmark’s China policies, which has up to now focused mostly on economy and less on human rights,” Mikkel Vedby Rasmussen, a professor at the University of Copenhagen’s Faculty of Social Sciences, told Ritzau.

Kofod’s comments at a briefing following the meeting with Pompeo signalled that change in ideology, according to the professor.

“The foreign minister was very offensive in expressing shared values with the Americans. He said that both countries are ‘rulemakers’. I’ve not heard that used in that way before,” Rasmussen said.

“It sounds like an adoption of the American notion that Western ideas will continue to dominate internationally,” he explained.

This means that “other countries like China are not to show up and push their ideals on to the WHO and other international organisations,” the professor said.

In Copenhagen following a visit to the UK where he called on the “entire world” to stand up to China, Pompeo urged “free nations” to “enshrine shared values like freedom, transparency, sovereignty and sustainability in the Arctic region”.

“This mission is all the more urgent as we face new competition in the region from countries that don't always play by those rules, if at all,” Pompeo said at the joint news conference with Kofod.

He also criticised, as he has in the past, China designating itself a near-Arctic nation.

In 2018 China unveiled a vision for a “Polar Silk Road,” and in the same year a state-owned constructions company entered a bid to renovate airports in Greenland, an Arctic territory covering over two million square kilometres.

“I think we've all been a little bit naive to watch not only the Russians but the Chinese interests there competing to become more and more aggressive,” Pompeo said.

“We better make sure that we respond in a way that increases prosperity and security for the United States and for the people of Denmark,” he added.

Greenland, an autonomous Danish territory, eventually chose to work with Copenhagen, with media reports citing fears that Chinese investments could upset Washington as one reason for that decision.

Kofod US has previously called the US Denmark’s “absolutely closest ally”. The Scandinavian country has contributed troops to Nato missions in Afghanistan, Iraq and Libya.

Relations between the two hit some turbulence in August 2019 when Trump floated the idea of the US buying the autonomous Arctic territory. When Frederiksen dismissed the proposal as “absurd”, Trump reacted by cancelling a planned visit to Copenhagen.

Kofod, in his comments, closed down any speculation that the proposal could return to the agenda.

“That discussion was dealt with last year, it was not on the table in our discussion,” he told reporters.

COVID-19
Coronavirus: What you need to know about Trump’s Europe travel ban 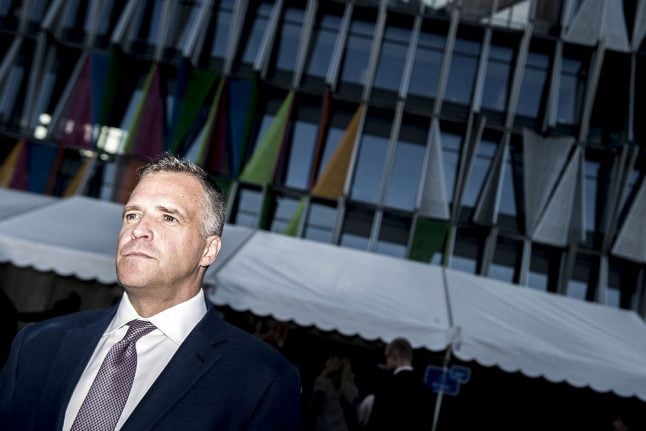