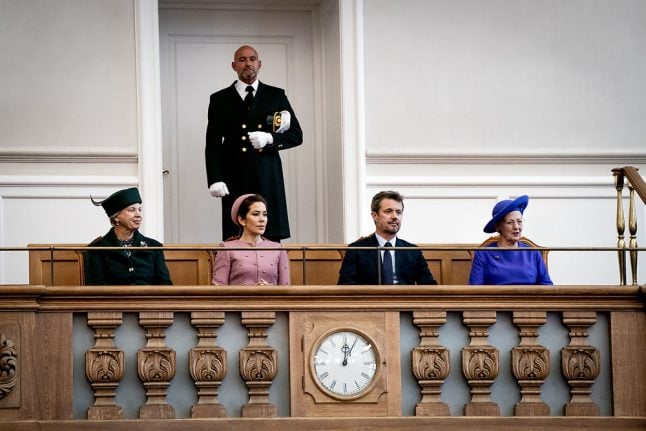 In her speech, the PM said she saw trust as one of Denmark’s most valuable commodities, and one that both could improve public confidence and contribute to economic growth.

Trust has, according to Frederiksen, been under pressure in recent times. As such, the government’s work would aim to promote it, she said.

“We have built a society on trust. With obligations. With rights. In that order. I pay my tax and trust you will pay yours. I pay for your visit to the doctor, trusting that you will pay for mine. We have that solidarity,” she said.

“When we meet in our local areas, or at work, or at parents’ meetings – person to person – we meet in trust. It’s not just hygge, it’s a huge strength,” she continued.

If Denmark is to thrive, several areas of society must be given renewed focus, the PM said.

Early pensions for people who have worked for many years in physical jobs, an area Frederiksen has consistently said she seeks to reform, was named specifically, as was climate.

She criticized the European tax fraud scandal, speculation on the Danish housing market by foreign investors, and excessive directors' bonuses as among the things that have created “cracks in our trust”.

“Large banks which neglected their societal responsibility, even though we looked out for them. The climate crisis. Concern for our very planet and existence,” she added.

The opening of the new parliamentary year means that Danish lawmakers will resume voting on and discussing law proposals in parliament.

The parliament is opened by a traditional opening speech given by the prime minister – somewhat comparable to a US State of the Union speech – in which the PM gives her or his assessment of the situation of the Scandinavian nation as the new political year begins.

The speech is usually attended by the Queen and the rest of the Royal Family, who watch from the Folketinget parliament’s Royal Box.

After MPs attend a service at the nearby Christiansborg Slotskirke church – which is also used for royal ceremonies – the Queen and other royal family members arrive at parliament for the opening ceremony, where they are received by the Speaker.

No debate is held on the ceremonial opening day.

READ ALSO: Power shifts in Denmark with the giving of gifts