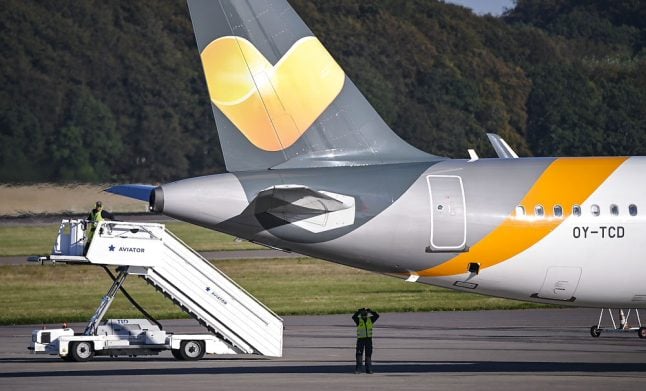 Passengers booked with the Danish company were left disappointed on Monday as services from Denmark were cancelled in the fallout from Thomas Cook’s insolvency.

But Spies later announced via its website that it would resume operations on Tuesday.

“There was a lot of hard work on Monday to get Thomas Cook Airlines Scandinavia back in the air and thereby to normal service. We can now confirm that air travel will resume from Tuesday September 24th”, the company wrote.

As such, departures from Denmark will take place as normal unless Spies announces an exception, in which case passengers will be informed.

“We are very sorry that so many passengers have been affected by (Thomas Cook’s bankruptcy) and will do our best to bring our stranded guests home as soon as possible. We understand that this has caused concern and worry for those affected,” Spies wrote.

Customers currently at their destinations who are waiting for return travel will receive further information via SMS, the company said.

“We have been able to move the aircraft which were registered with Thomas Cook Airlines in the UK across to our Nordic company. They have flown the planes before, but our flight traffic was halted due to them being registered in the UK,” Vendelbo said.

Although aircraft are departing again as of Tuesday, Spies customers may continue to experience problems.

“We are aware that, due to the insolvency, there has been a certain turbulence with regard to payment for certain hotels at holiday destinations. There may continue to be problems in coming days, for which we apologize,” Spies writes on its website.

“We have ongoing contact with affected parties in order to resolve this,” it added.

Passengers whose entire trips were cancelled on Monday will receive refunds but will not instead be able to travel on Tuesday, Vendelbo said.

Meanwhile, Spies customers at their destinations are still facing uncertainty about return travel and compensation, according to information provided by a passenger who contacted The Local.

In an SMS sent to customers in Madeira on Tuesday and seen by The Local, Spies wrote that “we still have no information regarding your return travel or when it will be”.

On its website, the company states that a small amount in compensation will be paid to guests with flight delays on their return journeys.

“I called Spies… and they don’t know the actual amount I will receive. However, no refund or partial refund for the actual ticket (will be given)”, the passenger, who preferred to remain anonymous, said via email.