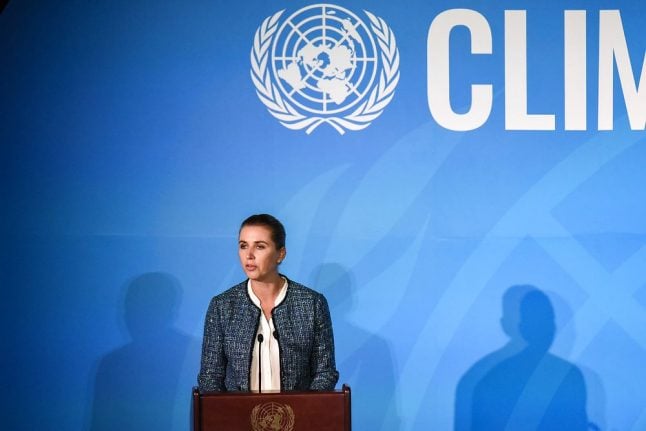 Frederiksen’s government has proposed a target of 70 percent reduction in CO2 emissions nationally by 2030.

Although climate organizations have praised the goals, other activists have said that Denmark can do more to offset its climate impact.

The prime minister was seen as aiming to place Denmark at the forefront of nations seeking to set by example on climate as she spoke at the summit.

“All generations will at some time face a decisive challenge. A chance to change the world.

“Climate change is our decisive challenge. And future generations depend on us,” she said according to Ritzau’s report.

The PM meanwhile promised Denmark would lead the way in the fight against climate change.

“We have shown that clean energy can go hand in hand with progress,” she said, citing the goal of 70 percent reduction by 2030.

Frederiksen’s speech came after Swedish climate activist Greta Thunberg launched a scathing rebuke against world leaders as she spoke at the summit.

“You have stolen my dreams and my childhood with your empty words,” an emotional Thunberg said.

At a press briefing after her speech Frederiksen said her approach was “a little different” to Thunberg’s.

“I think we can create change and that humanity has solved great challenges before. So I’m hopeful,” she said.

“I would advise against saying that if we don’t do anything right now, we’re not doing enough. The most important thing is whether or not change is made. It must happen a step at a time,” she said.