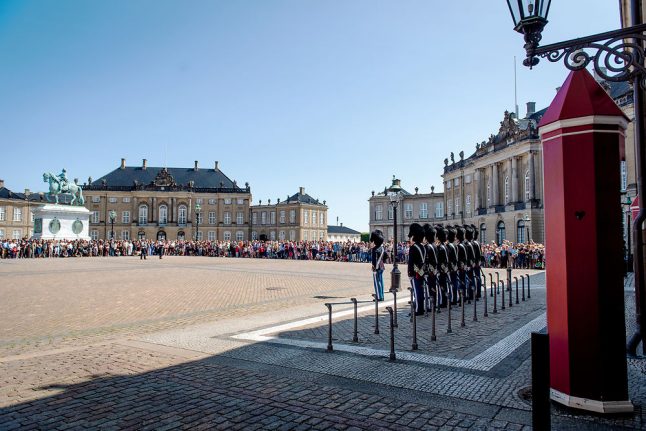 Pedestrians and cyclists will still be able to access the square after it has been closed to cars.

The Agency for Culture and Palaces (Slots- og Kulturstyrelsen) said that the move was an effort to increase safety when large groups of people are congregated on the square, a major tourist attraction in the Danish capital where the public often gathers to mark occasions such as royal birthdays.

“The square will become a safer place to be,” the agency’s head palace gardener, professor Palle Kristoffersen said.

“That will be the case for major royal family events, such as the Queen’s birthday, but also in an everyday sense,” Kristoffersen added.

“On nice summer days when there are many cruise ships in the harbour, there is an unbelievable number of people on the square, particularly during the changing of the guard at 12 noon,” he said.

Bronze-plated bollards 1.2 metres in height will form the barriers which are to make the area free of vehicles.

Concrete and other barriers were introduced in parts of Copenhagen following a series of terrorist attacks in several European cities, particularly in 2016 and 2017, in which vehicles were driven into crowds of people.

That includes 85 large granite balls around the area in front of Christiansborg Palace, seat of the Danish parliament.

Amalienborg itself has been partially closed to traffic, but that closure will now be made permanent and temporary concrete blocks removed, Kristoffersen confirmed.

“There’s no doubt that everyone who goes to the square will find it more aesthetically pleasing,” he said.