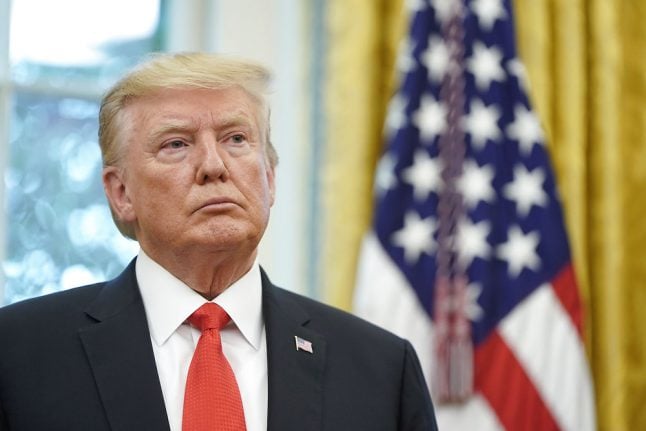 Planning and preparations for the scrapped visit set Denmark’s police back by 4 million kroner (536,000 euros), according to public access documents reported by Danish media including broadcaster DR.

Trump cancelled the visit 12 days before it was scheduled to take place, citing Prime Minister Mette Frederiksen’s dismissal of a potential sale of Greenland to the United States, resulting in significant costs to police.

“Expenses included compensation as a result of withdrawn days off, cancellation of planned accommodation, a number of minor completed operational costs for equipment and material and planning time,” the National Police (Rigspolitiet) writes according to DR.

Resources used by Denmark’s police security service PET are not included in the inventory.

The visit would have cost as much as 33 million kroner (4.4 million euros) had it gone ahead, according to the National Police figures.

State visits generally require major security provisions, which means police officers from across the country are brought to Copenhagen to assist in operations.

Trump’s visit would also have involved ongoing assessments of security threats and any demonstrations which took place.

The figures are subject to a certain amount of uncertainty, the National Police writes.

Denmark’s military, royal family and Copenhagen Airport were also engaged in major preparations for the state visit at the time of the US president’s cancellation, which was announced via Twitter.

The army was set to assist with the security operation by providing special forces and helicopters, while palace staff were subject to cancellations of their annual leave in order to complete preparations. Costs related to these elements are currently not known.