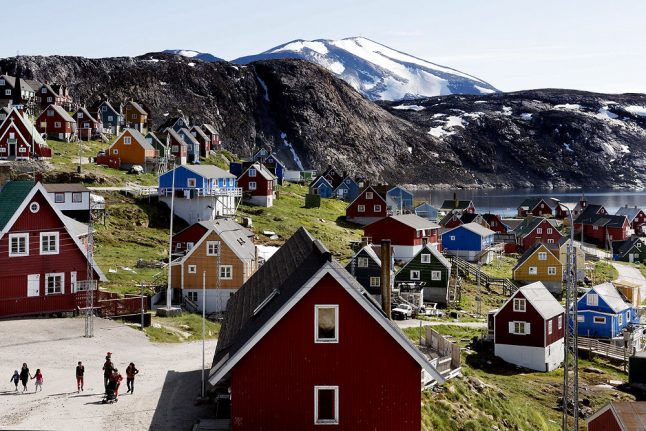 Trump is reported by the Wall Street Journal to be thinking of making an offer for the autonomous territory of Denmark, based on information provided by a number of anonymous sources.

The former property tycoon has on several occasions, and with various degrees of seriousness, raised with advisors the possibility of buying the world’s largest island, according to the report.

He is also reported to have asked about Greenland’s resources and geopolitical importance.

According to the newspaper, some of Trump’s advisors consider the prospect economically viable, while others dismiss it as an impulsive fascination and not a realistic idea.

How the US would approach the matter, should Trump’s considerations become a stated wish, is unclear. The White House did not respond to the Wall Street Journal’s request for comment, and neither Greenland nor Denmark has officially commented.

The rumours did provoke comment from social media users, with no small degree of ridicule for the divisive US president.

Trump wants to buy #Greenland? Let’s make him find it on a map first.

One Twitter user wrote “sorry, Greenland” with an image showing a golden Trump Tower photoshopped into the Greenland scenery.

Others suggested the shape of the northern island may have provided Trump with inspiration, or that the island's size on the Mercator projection, which adjusts the world map to the curve of the globe, had impressed the US president.

I guarantee Trump believes Greenland is a hell of a lot bigger than it really is. There is a very slim chance he understands that Mercator maps inflate landmasses that are close to the poles.#Denmark #Greenland pic.twitter.com/FnQ3dLkQvT

Although the idea of Trump buying Greenland sounds bizarre, there is some precedent.

In 1946, the United States offered to pay 100 million dollars for Greenland after initially considering a swap deal involving part of Alaska.

The US Virgin Islands, a United States territory in the Caribbean, actually was sold by Denmark to the US in 1917, for $25 million. The island group was known as the Danish West Indian Islands prior to the sale.

Colonized by Denmark in the 1720s, Greenland has had an autonomous government since 2009 as part of the Kingdom of Denmark.

Greenland’s population is around 56,000. The icy land mass, located between the Arctic and Atlantic oceans, has an area totalling 2.18 million square kilometres. The US military has a major airbase in the island’s northwest, with 600 personnel on site.

Trump is scheduled for a state visit to Denmark on September 2nd and 3rd, where he will both Prime Minister Mette Frederiksen and Greenland’s Prime Minister Kim Kielsen. The island will be one of a number of issues on the agenda.