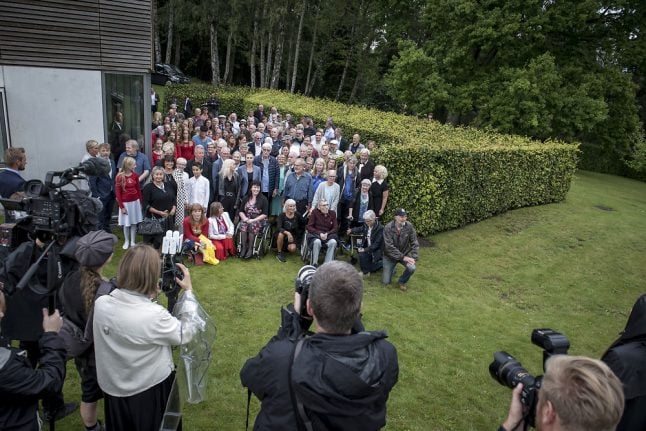 “I want to look each of you in the eye and say sorry. Sorry for the injustice that has been done to you and your loved ones,” Frederiksen told dozens of victims at her official Marienborg residence, some visibly moved and crying.

“In the name of Denmark, sorry.”

An official report from 2011, dubbed the Godhavn Report after one of the homes, found that children at 19 state-run homes had been subjected to sexual, physical and psychological abuse between 1945 and 1976.

Details of the abuse at the Godhavn boys' home in northern Denmark first emerged in a television documentary aired in 2005, and went on to make headlines in the national media.

Since the report was published, victims have repeatedly called for a formal apology.

One of them, Poul-Erik Rasmussen, who was at Godhavn in the 1960s, said Frederiksen's words were meaningful.

But, “with an apology, we think that a lot of people will now have peace of mind that what happened to them is not their fault,” he said.

In mid-June, before becoming prime minister later that month, Frederiksen said that issuing an apology to the victims would be one of her top priorities if she were to be confirmed as prime minister.