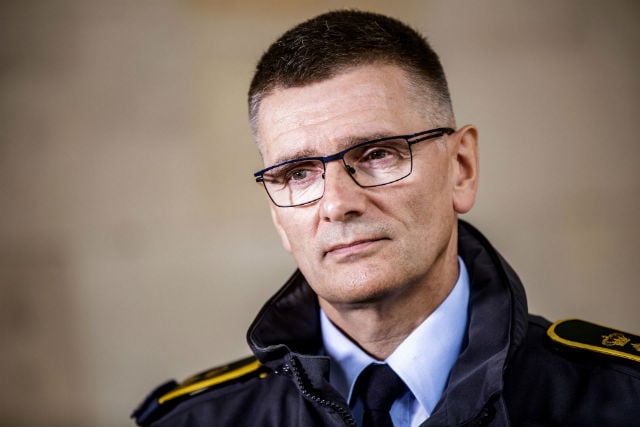 Chief Police Inspector Jørgen Bergen Skov said police were already following 'a number of leads'. Photo: Uffe Weng / Ritzau Scanpix
“We are extremely confident about finding the perpetrators,” Chief Police Inspector Jørgen Bergen Skov said at a press conference on Wednesday afternoon.
“I can't go into what we have found out. The perpetrator or perpetrators should not know what we know,” he added, but he stressed that investigators had already amassed a large amount of eyewitness and forensic evidence.
“There is still a lot of follow-up investigation to do and we will be carrying out a lot of interviews, but our work is moving  forward,” he said.
The agency's headquarters in the Østerbro district of Copenhagen was badly damaged in the blast, which took place shortly after 10pm on Tuesday night, with its metal front door ripped apart and most windows in its facade shattered.
Denmark's new prime minister Mette Frederiksen called the bomb “an attack upon our sense of security”, as she faced the first emergency of her premiership.
READ ALSO: One injured after blast hits Danish Tax Agency
In a press release put out ahead of his briefing, Skov said that the police had received witness information from “an overwhelming number of citizens”, which had given investigators a clear picture of what people and cars were in the area in the hours leading up the attack.
Police had also collected a large amount of forensic evidence from the scene of the explosion.
“We have a number of leads which we are following but I can't go into these at the current time,” he said. “It is still too early to go into any closer details on the investigation itself.”
“I would like to stress, however, that this is a case that we are taking extremely seriously and which has the highest priority.”
Police do not currently believe that the attack is linked to another blast at the Danish Tax Agency on exactly the same day of the year in 2003.
The Danish Tax Agency expects its employees to come back to work tomorrow. 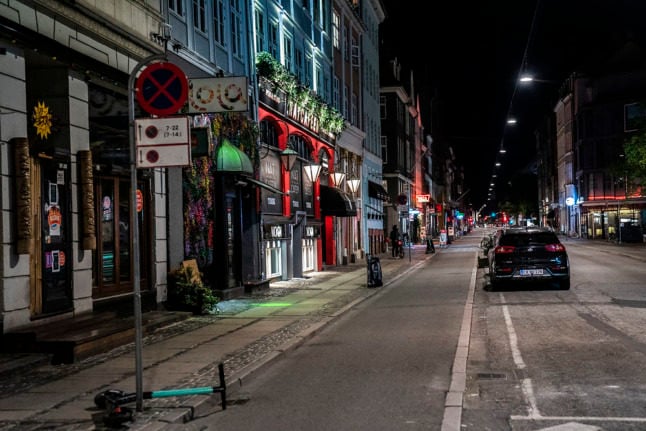