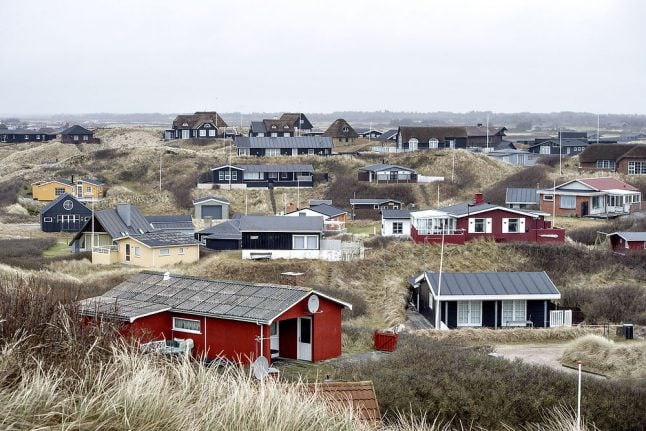 Holiday park Lalandia wants the town of Søndervig on the West Jutland coast to become a major attraction to tourists by “bringing the weather inside”.

The resort wants to become the second-most popular destination for tourists after Copenhagen by appealing to visitors during the winter season, DR reports.

Lalandia, which already has two other resorts elsewhere in Denmark, wants its third location in Søndervig to be the biggest indoor swimming attraction in northern Europe, the media writes.

The concept of the new park will be to ‘bring the weather inside’, offering the kind of bathing currently being enjoyed at beaches around the country year-round.

“We all want good weather all year, but the real weather isn’t like that. That’s why we want to build this water resort with lots of play features and indoor activities, so cold weather is no longer an obstacle to going on a swimming holiday,” Keld Hansen, a merchant and partner in the Lalandia 3 project, told DR.

According to the plan, the resort will attract up to one million extra visitors to the Søndervig region, the broadcaster writes. Half of these would be expected outside of the summer season.

“We expect 600,000 more overnight stays in existing summer houses in the area. Then there would be 300,000 overnight stay from Lalandia holiday homes, and the rest would be knock-on effects from other areas,” Hansen said.

The company has already been granted permission to build 480 holiday homes, of which two thirds were reserved in the first weekend of presales.

The Ringkøbing-Skjern area, where Søndervig is located, already performs well in terms of visitor numbers.

Figures provided to DR by VisitDenmark show just under four million commercial overnight stays in the area in 2018, making it the third-most popular municipal area in the country for tourists, behind only Copenhagen and nearby Varde.

But Hansen told the broadcaster that industry calculations had found the park could increase tourism revenue in Ringkøbing-Skjern by 700 million kroner – a 20 percent increase compared to the most recent available figures from 2017.