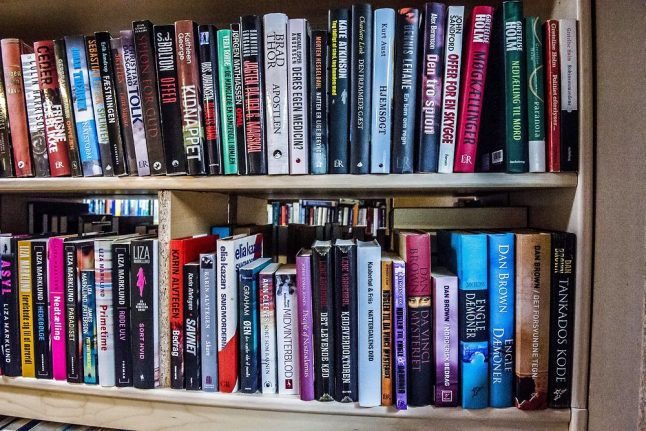 Denmark may be known for its television crime drama due to the success of series like The Bridge (Broen) and The Killing (Forbrydelsen), but it turns out people in the Scandinavian country also like to get their detective thriller fix from literature.

Crime novels are popular throughout the country in all age groups and for people of all educational backgrounds, according to new data from national agency Statistics Denmark (DST).

But gender and education is a factor in the popularity of other genres of fiction, including prose, comedy and science fiction.

In a survey of the country’s reading habits, DST found that 60 percent of people over the age of 15 have read a work of fiction within the last three months.

Women read fiction more often than men, while people who have studied at university level read more fiction than those in with other educational backgrounds.

“It is in particular senior citizens in retirement age who read every day,” DST’s statistician Monika Bille Nielsen added. 32 percent of people above the age of 65 told the agency that they read fiction every day, compared with a national average of 28 percent.

The crime novel is the most popular subgenre of fiction nationwide, with over half of those who said they had read a novel within the last three months answering in the survey that detective novels were their preferred type of book.

That corresponds to almost one third (31 percent) of the country’s population over the age of 15, according to the survey, which was carried out during the first quarter of 2019.

Crime is amongst the favourite genres for both men and women in all five of Denmark’s regions: North Jutland, Central Jutland, South Denmark, Zealand and the Capital region.

But under 25s, over 75s and people with university educations often prefer the likes of fantasy, science fiction and historical novels.

The biggest difference between the genres can be seen in romantic works (kærlighed og erotik), which are much more popular amongst women, and science fiction, whereby a lot more men mentioned the genre as one of their preferred fictional sub-sections.