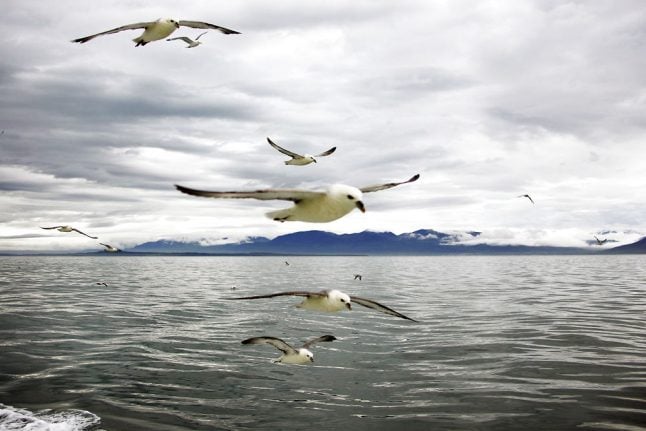 The northern or Arctic fulmar, a type of petrel which resembles a seagull, is common on the western coast of Jutland as well as around Skagen and the northern part of the Kattegat sea.

A Danish Environmental Protection Agency (EPA) project has seen a team of three volunteers recently collect the birds from beaches, and they were subsequently examined to reveal the contents of their stomachs.

“It turns out that over 95 percent of the northern fulmars that we find on Danish beaches have plastic inside them,” said John Pedersen, coordinator for the project.

The amount of plastic in the animals’ stomachs is an accurate indicator of the extent to which the material is polluting seas, according to Pedersen.

That is because northern fulmars look for food on the surface of the ocean, where plastic is also floating.

“They fish for krill, larvae and juvenile fish. And if there’s a little piece of plastic, they swallow it,” the EPA project coordinator said.

Once the animal’s stomach is filled with plastic, there is no longer space to take in nutrition.

“It gives a feeling of being full, but there’s no nutrition in it. So they starve and die,” Pedersen said.

Plastic types found by the volunteers include pieces of packaging and shopping bags.

“Whether this comes from fishermen, freighter ships or cruise ships, I daren’t say,” Pedersen said.

READ ALSO: Denmark throws away too much plastic, recycling could save millions: report