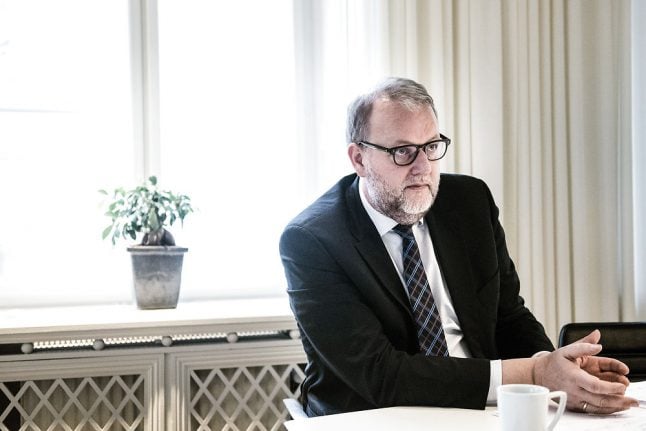 Lilleholt was voted on to the board of refuse management company Marius Pedersen one week after his term as Minister of Energy, Utilities and Climate officially ended.

The appointment has faced some opposition, with critics arguing that politicians should be prevented from taking influential positions with large companies or lobbying organizations after leaving politics.

Sten Bønsing, a professor in administrative law at Aalborg University, told Jyllands-Posten on Sunday that a buffer period should apply to ministers and high-ranking officials, preventing them from immediately moving from parliament directly into powerful private sector jobs.

“This is about (public) confidence in correct and objective decisions,” Bønsing added.

Marius Pedersen CEO Simon Clausen said he was surprised by the criticism.

“We don’t see a problem with it – either long or short-term. (Lilleholt) is able to keep things separate, like the rest of us in the professional world,” Clausen said.

“We want the best possible board with wide-ranging and diverse competencies,” Clausen said, noting Lilleholt’s experience with energy infrastructure.

The CEO rejected suggestions the former minister could misuse knowledge from his ministerial job in his new role.

“If he knows about something as a former minister and, at the time he was given that knowledge, was expected to keep it from the likes of us, I am sure he will keep it confidential,” Clausen said.

Norway, Sweden, the United Kingdom and France all have rules which limit the ability of former ministers and leading officials to take powerful jobs in the private sector immediately after leaving parliament. Buffer periods of between six months and three years apply in the various countries.

Clausen said that Marius Pedersen would have respected such rules had they applied in Denmark.