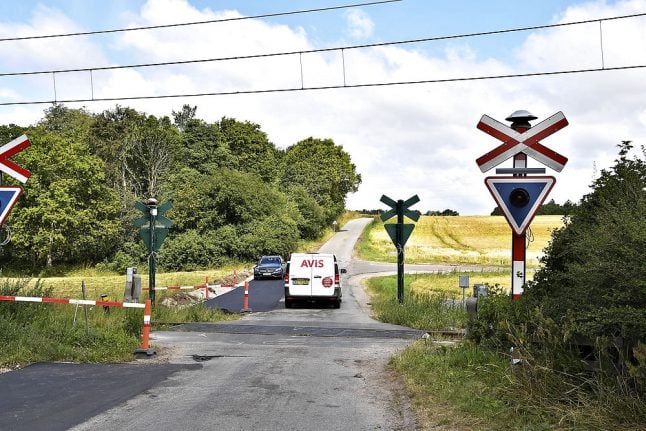 A father and his seven-year-old son lost their lives on Saturday in a collision between a train on the light rail, which opened in late 2017, and a car on a level crossing at Trustrup northeast of Aarhus.

A Norwegian family of four were in the car involved in the accident.

Denmark’s rail network has a total of 1,255 level crossings, but 158 of these – including the one at Trustrup – operate without a barrier, using only warning lights and sounds to signal to vehicles.

A barrier is planned for addition to the Trustrup because maximum train speed on the line is scheduled to be increased from 75 to 100 kilometres per hour, Ritzau writes.

Although Banedanmark, the national company responsible for maintenance and control of the railways, has been working to improve crossings, an overall plan has not been completed and does not take into account the new Letbane, according to Pedersen.

“It would be a huge expense, I’m aware of this. But when need a prioritization plan and system to be set out for improving level crossing safety,” he said.

Transport minister Benny Engelbrecht said he would await a review by the Danish Maritime Investigation Board (Havarikommissionen, DMIB), which also investigates rail accidents.

But the minister added he would look into level crossing safety generally.

“We can’t just look at this crossing in isolation, and I will therefore, after the summer (holiday), call parliamentary parties for a discussion of general safety on railway crossings,” Engelbrecht said in a written statement.

DMIB’s lead investigator Bo Haaning told Ritzau that information regarding the accident would continue to be collected during “the coming days”.