It took almost three weeks for Social Democrat leader Frederiksen to conclude a deal with the three other parties on the left – the Social Liberals, Socialist People’s Party (SF) and Red Green Alliance. Not since 1988 has the post-election period of negotiation taken so long.

Here’s how they were able to reconcile their differences in the 18-page agreement – compromise was reached in some instances, while other issues will be tackled further down the line.

Annual cuts to education will be discontinued, with investment to be increased if funds are available.

The so-called reprioritization policy (omprioriteringsbidrag) introduced by the previous government required educational institutions to cut costs by two percent annually. That will be discontinued through a proposal included in the next budget, according to the agreement.

“On the condition that necessary funding can be applied, a new government will invest in education,” the four parties write in the agreement.

Cancelling the cuts will result in up to 50,000 more apprenticeships and internships becoming available via educational institutions, Ritzau reports.

Schoolchildren in Denmark will face fewer tests in future, with the so-called National Test, which comprises of ten tests in seven subjects spread from the second to eighth grades, to be scrapped by the new government.

SF had called for the test to go, saying it resulted in an overemphasis on test performance and grades in schools.

Frederiksen stressed prior to the election that she would continue the “broad” approach of the previous government on refugees as well as immigration, including the so-called ‘paradigm shift’ which sees government policy seek to return refugees to their source countries once it is deemed safe to do so, rather than integrate them in Denmark.

“We are still focused on repatriation and temporary asylum. When you are a refugee and come to Denmark, you can be granted our protection. But when there’s peace, you must go home,” Frederiksen said following Tuesday night’s announcement of the agreement.

The other three parties had all called for a more lenient approach to refugees. That appears to be reflected in the agreement, which pledges to improve conditions for families of rejected asylum seekers, recommence accepting refugees under the UN’s quota system.

Controversial plans to accommodate foreign nationals slated for deportation on an uninhabited island have also been abandoned.

With thousands of parents across the country demonstrating over the issue earlier this year, childcare – specifically, the ratio of staff to children at daycare centres – became a key sticking point in any agreement.

SF has campaigned for ratios recommended by the Danish union for childcare workers, BUPL, to be made compulsory.

But SF leader Pia Olsen Dyhr said that a specific model for guaranteeing ratios was yet to be agreed. The party will now demand the ratios as a condition for voting for the new government’s first budget later this year.

One of the key demands of the Social Liberal party was to make it easier to import skilled foreign labour to Denmark.

A specific element of this was its calls for the reduction of a minimum salary requirement for non-EU citizens in Denmark, known in Danish as beløbsgrænsen. Under the provision, companies can hire employees who are nationals of non-EU countries, provided they are paid at least 427,000 kroner per year.

The Social Liberals want to reduce that amount to 325,000 kroner to enable companies to better fill vacant positions.

Social Liberal leader Morten Østergaard said in the early hours of Wednesday that the parties had agreed to smooth the path for skilled foreign workers, but no specifics are included in the agreement, Politiken reports.

The environment was one area on which all four parties largely agreed before talks started.

As early as last week, they announced an ambitious target to reduce Denmark’s greenhouse gas emissions by 70 percent over the next 11 years.

“It is a political document, one of the first in the world, that really defines green ambitions,” Frederiksen said of the new government agreement.

“We will develop a climate plan, a binding law on climate and reduce greenhouse emissions by 70 per cent,” she added.

Newspaper Politiken said Frederiksen had managed to keep some room for manoeuvre in her agreement, with “all disagreements duly omitted”.

But it added that retirement, housing and defence were likely to emerge as potential disputes.

The new government is expected to be unveiled on Thursday. 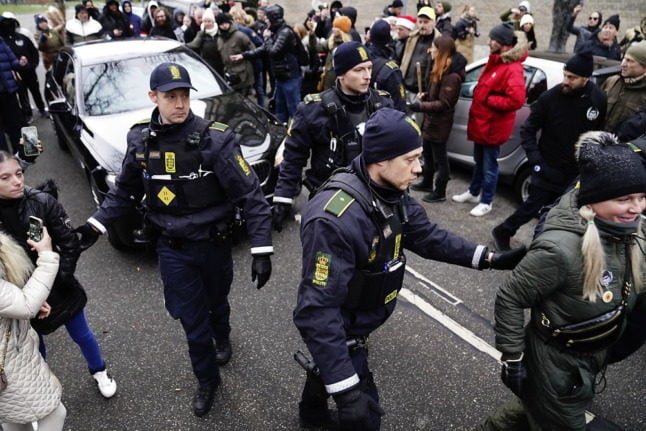 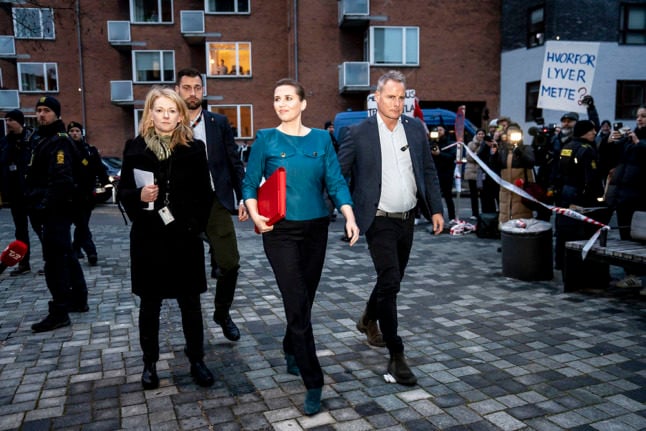