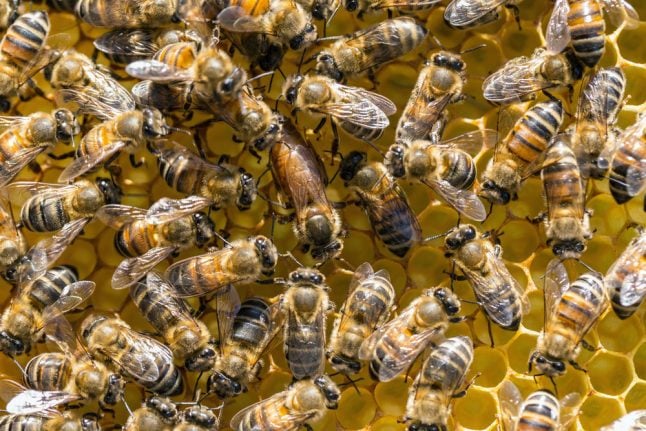 Halsnæs Municipality on the north coast of Zealand sprayed the path in the town of Hundested with insecticide to kill off bees after parents raised concerns over mounds of dirt on the path.

The mounds turned out to be the home of a large nest of bees, Frederiksborg Amts Avis reported.

The species of bee in question was initially reported to be the plasterer bee, which is considered by experts to be a peaceful insect which only stings when provoked. But the municipality said in a statement on Wednesday that it was another variant, the mining bee, which had set up home on the pavement.

The authority decided nonetheless to have the bees removed.

“I don’t think we had any choice,” Jeppe Schmidt, head of the traffic and roads section at Halsnæs Municipality, told Frederiksborg Amts Avis.

Annette Bruun Jensen, an expert on insects and honey bees at the University of Copenhagen’s Faculty of Science, disagreed with that assessment, saying other options could have been considered.

“Perhaps another strategy involved information and reassurance could have been used,” Jensen said.

“Because this is interesting. You can’t just move (the bees), but you could close off the area so people don’t go there. I think that would be valuable and interesting, and could maybe even be used for school lessons,” she added.

Halsnæs Municipality said it had no information regarding whether anyone had been stung by the bees.

But the local authority responded on Wednesday to suggestions it had been rash in exterminating the bees, following criticism on social media.

“Bees are of great value for our nature and we should therefore always look after them in principle,” Halsnæs Municipality director Martin B. Lindgreen said in a written statement on the municipality’s website.

“But we must also look after our children and adults who risk being stung if they tread or fall on the bees, which might feel threatened and therefore sting,” Lindgreen said.

The authority considered moving the bees but their large number and location, dug into the earth, made this impossible, according to the statement.

Closing off the area would have forced schoolchildren and passers-by to walk in the road, the municipality director said.

“Although we warmly welcome bees to Halsnæs and try to attract more bees and insects, they chose in this instance to nest in a very unfortunate spot, and we felt we had to react,” Lindgreen added.

READ ALSO: Oh… The Danish town that wants to change its name