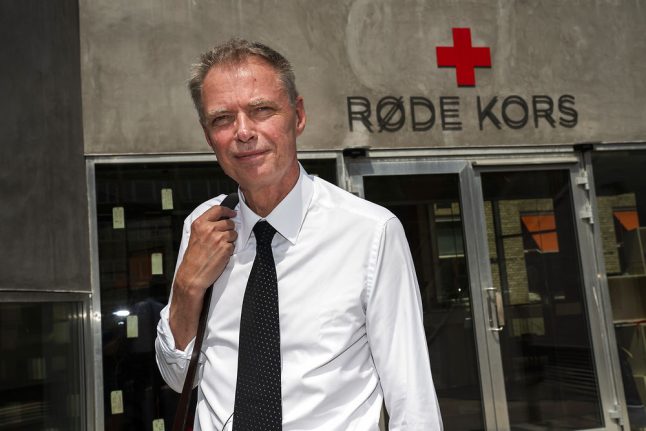 Riskær’s party – which has the same name as its founder – will give the money to help children at the Sjælsmark facility for rejected asylum seekers.

Sjælsmark, a so-called departure centre, has been the subject of controversy with the Danish Red Cross warning it could damage children’s mental well-being and politicians calling for families to be allowed to live elsewhere while awaiting deportation.

Riskær confirmed that his party would donate 250,000 kroner in 2020 to help improve conditions for children who live at the centre, following a meeting with the Red Cross.

All political parties who qualify to run in elections automatically receive funding, known in Danish as partistøtte (party support) from the state.

“There are 132 children at Sjælsmark and we have spoken with the Red Cross about what their needs are. And that is, to get them out of the centre as much as possible,” Riskær said.

“The Red Cross does not have the budget to send them to the cinema or to Lalandia [family holiday resort, ed.] so we have agreed that a couple of thousand kroner per head is a good place to start, so the children can get out and take part in some leisure activities,” he added.

A total of 29,600 people voted for Riskær’s party, which ran on promises to cut taxes, at the general election on June 5th. Riskær consequently said he would leave Danish politics.

The following day, the party announced it would continue as a grass roots movement, however.

By virtue of having qualified for the election through the system of voter declarations, the group founded by Riskær now qualifies for just under one million kroner annually in state funding.

But it will not run in another election, it has also confirmed.

Political parties can use the state funding however they like, including for political work not conducted by the party itself, according to the Danish interior ministry.

The Klaus Riskær Pedersen party also campaigned prior to the election for better conditions at Sjælsmark.

“Our assessment is that this is political work. This is how our voters expect us to help children at Sjælsmark. This is a key part of our programme and was so during the election,” Riskær said.