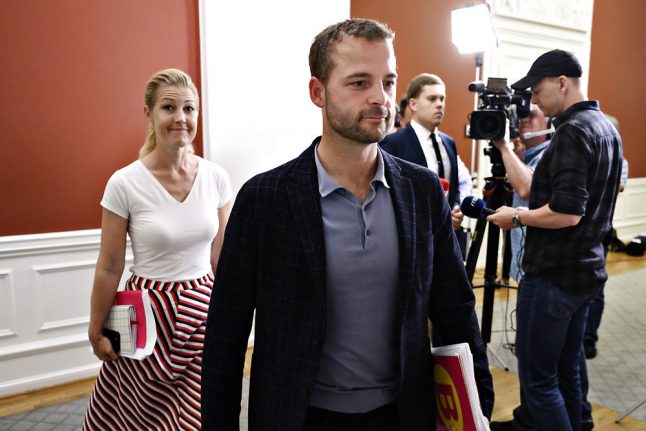 That puts the centrist party, led by Morten Østergaard, in a relatively strong position in ongoing negotiations to support a new Social Democrat government with Mette Frederiksen as prime minister.

But what is the party aiming to achieve in the talks?

“We have a lot of goodwill. And as the saying goes, ‘where there’s a will, there’s a way’,” Østergaard said to Ritzau on Tuesday as talks resumed after a short break.

“I can see a lot of obstacles still to come in the negotiations. There are a lot of areas upon which we are yet to touch. The are many places where there is no answer to how ambitions for things like climate and education will be paid for,” he said.

Østergaard denied that his party was looking to be given ministerial positions as part of a coalition government, in response to speculation to this end.

“For us, the political aspect (of an agreement) is the most important thing. We have said we are not afraid to take responsibility, but it is politics and direction which are important to us,” he said.

A specific area on which the Social Liberals have demanded concessions from Frederiksen is Sjælsmark, a controversial accommodation facility for rejected asylum seekers.

The Social Liberals and other left-wing parties have demanded that families with children be allowed to live outside of the centre, amid a Danish Red Cross report raised concerns over its potential effects on children’s’ mental health.

“This is a very serious situation for families, but it wouldn’t be a huge step for the Social Democrats to take (to allow them to live elsewhere),” Østergaard told Ritzau on Wednesday.

Social Liberal targets on climate and social welfare are thought to be similar to those of the other left-wing parties.

But the economy has been identified as a key aspect in which Østergaard’s party, the closest to the political centre on the area, diverges from the Socialist People’s Party (SF) and Red Green Alliance, as well as the Social Democrats.

In addition to advocating more reforms to the economy than the other parties, the Social Liberals have said they want to reduce a minimum salary requirement for non-EU citizens in Denmark, known in Danish as beløbsgrænsen.

Under the provision, companies can hire employees who are nationals of non-EU countries, provided they are paid at least 427,000 kroner per year.

The Social Liberals want to reduce that amount to 325,000 kroner to enable companies to better fill vacant positions.

But the other parties oppose the move, saying it will not help long-term unemployed Danes return to the labour market, and will undercut Danish wages.

Meanwhile, the Social Democrats have vowed to maintain the strict approach to immigration seen under the outgoing government. The Social Liberals want a change of course.

“We think the time has come to be specific about policies on immigration and refugees, which tackle important problems and do away with symbolism. We hope the Social Democrats want that too,” Østergaard said to Ritzau at an earlier stage of the negotiations, which were ongoing on Wednesday.