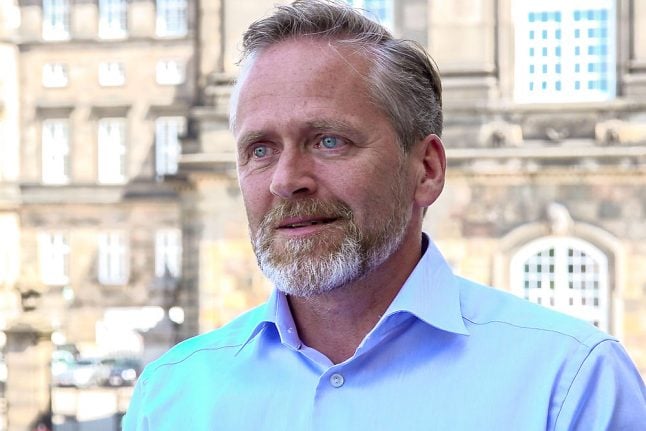 After an awful election for the libertarian party, a junior partner in the outgoing coalition government, Samuelsen’s position had become untenable.

Wednesday’s general election saw Liberal Alliance (LA) lose 9 of its 13 seats — including Samuelsen's own spot — reducing it to the smallest party in parliament.

Samuelsen announced his resignation at a press conference on Thursday.

“Victory has many fathers, but defeat has only one. I’m the one at the forefront of the party, and I accept responsibility. I am therefore resigning as leader of Liberal Alliance after ten fantastic years,” he said.

The resignation was a “definitive goodbye” to Danish politics, he confirmed.

The outgoing leader said he backed current deputy Simon Emil Amitzbøll-Bille to take over as leader.

As a first-time coalition partner, LA’s time in government was particularly damaged by its failure to fulfil promises to force through tax cuts for high-end earners.

After threatening to vote against the budget at one stage, Samuelsen eventually blinked in a standoff with other government parties and allies on the issue.

“I accept complete responsibility for decisions I have made on behalf of the party that have led to defeat,” he said.

A number of other LA parliamentarians – including Joachim B. Olsen, who last month hit headlines for placing an election ad on a pornography website – also lost their seats due to the defeat.

Christina Egelund and Laura Lindahl are also among the Liberal Alliance politicians who will not be returning to parliament.

READ ALSO: What we learned: Seven things to know about the Danish election result