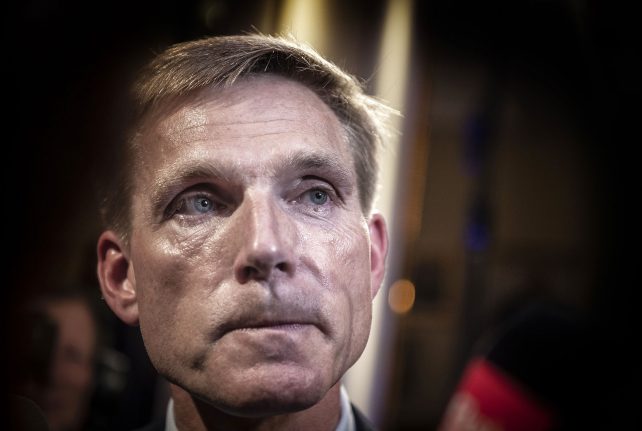 The Danish People's Party, which has supported successive minority right-wing governments in exchange for tighter immigration policies for the last two decades, saw its support plunge by 12.4 percent to 8.7 percent, the party's worst result since 1998.

That meant the far-right party lost 21 MPs and was left with just 16 seats in parliament.

Party head Kristian Thulesen Dahl told supporters at an election night rally that the party hadn't been “good enough” and he shouldered the blame, but also said he wanted to continue as leader.

“I'm not abandoning ship in the middle of the storm, I take the responsibility to once again move the party forward,” he said.

As restrictive immigration policies have been broadly adopted by almost all other parties, the Danish People's Party lost its unique appeal with voters.

One of the parties that adopted the hardline immigration policies was the Social Democrats who topped the poll ahead of the Liberals.

The Social Democrats are led by Mette Frederiksen, a party veteran at 41 who made her debut in parliament at 24.

On Wednesday, as Frederiksen cast her vote in the Copenhagen suburb of Varlose, she told reporters her party's tougher immigration proposals were winning back supporters.

“Some Social Democrat voters who have been lost in the last few years, who didn't support our migration policy, are returning this time,” she said.

Frederiksen herself denounced Denmark's policy as one of the “toughest in Europe”, in the early 2000s.