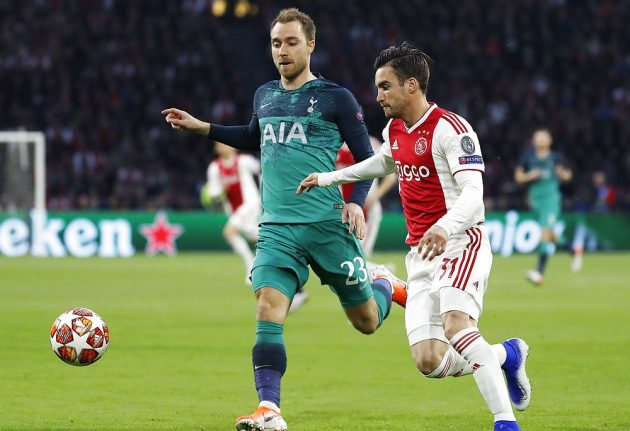 Eriksen, a talisman with the Danish national team, spoke to the BBC prior to this weekend’s showpiece final in Madrid.

The match between Spurs and Liverpool will be the first all-English final in the competition since 2008.

“When I came to Spurs about six years ago, it’s been a one-way curve really, it’s all gone up,” Eriksen said.

“Being in the Champions League final is a statement about what the club has achieved, and what the team has achieved in the last few years,” he added.

The creative midfielder said he had dreamed about lifting the trophy, which is the most prestigious in European club football.

“We hope and we dream that we’re going to stand with the trophy at the end.

Opponents Liverpool, who finished runners-up in this season’s English Premier League – two places ahead of Tottenham – are the bookmaker’s favourites for the final.

Eriksen is yet to lift a trophy with the north London side, having joined from Ajax in 2013.