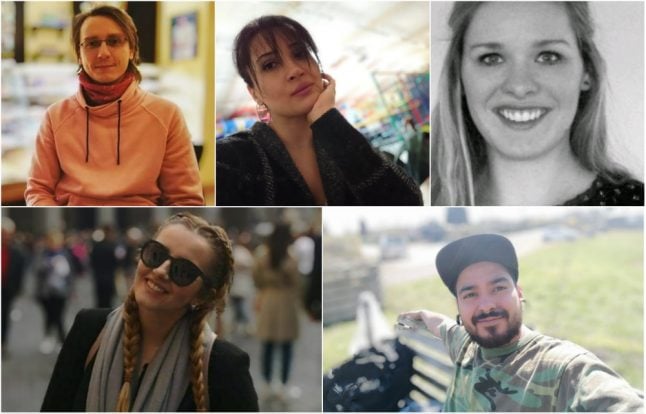 Climate, immigration, pensions and education are among the issues which have been prioritized by the Danish public, media and politicians in the month-long campaigning period since the general election was announced.

Meanwhile, there has been a surge in the number of political parties in the running, with three competing to enter parliament for the first time. Of these, two are vehemently against immigration. As such, the lives of many tax-paying foreign citizens who live in Denmark could be directly affected by its outcome and the discourse surrounding it.

A total of 484,986 foreign nationals resided in Denmark in 2017, according to Statistics Denmark. What does this large non-voting group really care about? If anyone from the government was listening, what would they say to them?

In my search to get inputs, I found to my surprise that, in a country that celebrates freedom of expression, many were unwilling to share their thoughts, even after assurances that their names could be kept anonymous.

“It is hard to have any political views and opinions as I fear deportation. The situation for immigrants is getting more and more difficult — whether they are here as refugees or for family reunification. It’s unclear why, as people don’t leave their country for fun but necessity,” said chef Jonathan Cornejo, an El Salvador national who lives in Præstø.

Others also expressed concerns about who would be able to remain in the country in the long term.

“As an official working at the Copenhagen airport, who witnesses deportations every single day, I hope the fear among those legitimately entering Denmark is put to rest,” Serbian Sena Volic, who lives in Copenhagen, said.

Climate change is a key issue for Danish voters in the current election, as evidenced by campaigns of parties on both side of the aisle and results in the recent EU parliament elections. Does this hold for the non-voting group?

A and K, an Indian couple from Mumbai who moved to Copenhagen for work and preferred to comment anonymously, said that climate was second in importance to immigration for those most directly affected by the latter issue.

“Climate change is real and should be prioritized by the leadership,” K said.

“However, the immigration policy that would enable people like me to be able to apply for a permanent residence is of higher priority,” he added.

“What is the point in worrying about climate policies if we have no assurance about our residence?”, A agreed.

Another commenter, a doctor of Middle Eastern origin who also asked for his name not to be published, said immigration and taxation were common areas of concern.

“I'm happy with the existing tax system. However, the Social Democratic party seems to want to increase taxes on everything. Besides, the Stram Kurs hardliners worry me as they want to rid Denmark of all people such as myself. This makes my work environment very toxic when the leadership singles out people from one faith,” he said.

“I was promised a position of a doctor on completion of my Danish language classes and was given a visa for two years,” explains Kemale Qocayeva, a paediatric specialist from Baku, Azerbaijan, who moved to Denmark to work for the Region Zealand health authority.

“Learning fluent Danish in just two years is not easy. I hope the people in power understand this situation and are more sensitive to the complexities of learning while I am unable to work to the optimal. I had to settle as a healthcare assistant,” Qocayeva said.

For others, practical issues are their primary concern.

“I have been living and working here for the past 10 years and still have not been able to figure out the way to file my tax returns,” said Arturas Ratiukas from Lithuania, who works as a gardener in the Zealand region.

Volic also believes there is an urgent need for transparency of information, especially to those who are new to the country, citing a personal experience.

“The rules and regulations are constantly changed without a method to familiarize the tax-paying workers. I had an experience of my unemployment insurance, where the money I had contributed was locked away and was told that I could get it back only after five years of living in Denmark. Had I known this at the time of signing the contract, I would have looked for other options,” she said.

Some of those I spoke to showed little interest in the candidates and their politics.

“I truly don’t care who comes in to power or what parties are doing. I don’t vote and I don’t mind not having a say in these elections. My priority is concentrating on my personal and professional life and (I’ll) take what comes with it,” said Marjolein Tersteeg, a Dutch national who lives in Monstrup and works as an agriculturist.

Do the elections, finally, offer any hope for foreigners in Denmark in regard to how they are spoken about by politicians and the press?

“I wish and hope that there is a conscious effort to understand the other point of view and that it is harder for some of the immigrants to integrate than the others,” Volic said.