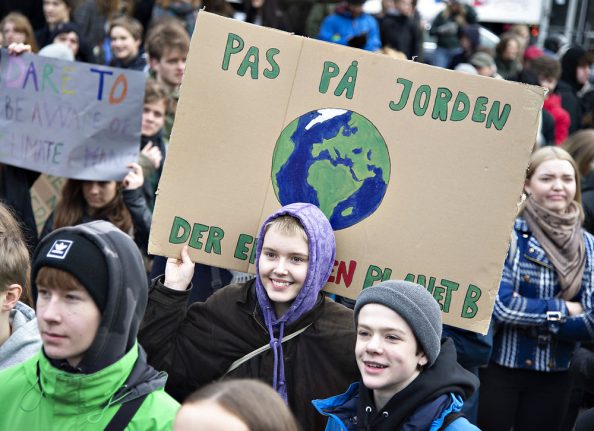 An open letter by the scientists, which called for the action, was published by newspaper Politiken.

In the letter, the scientists write that they see it as their duty to call for “non-violent protest” to force specific and immediate societal changes that would benefit the climate.

“We consider the growing climate crisis to be an existential threat to people in Denmark and the rest of the world, and we can’t sit by as Danish politicians fail to take immediate and necessary action to prevent this escalating crisis,” the letter reads.

The researchers have taken inspiration from the Extinction Rebellion movement which began in the United Kingdom last year and recently saw major protests in London, with thousands on the street and the city’s infrastructure brought to a standstill.

Following the protests, British researchers published a message of their support for the protests through media in the UK.

Both British and Danish researchers aim particular criticism at the political system, which they say has “failed the social contract between the government and the public”.

“Instead of recognizing that we live on a planet with limited resources, one government after the other has sought to increased economic growth and encouraged unrestricted consumption,” the 173 researchers write in the letter.

Jens-André Herbener, one of the academics who signed the letter and an organiser of the public statement, told Ritzau that non-violent civil protest had been shown to be an “effective catalyser for major and positive societal change”.

Such protests should “bring parts of society to a standstill so politicians cannot continue to ignore demands for change,” Herbener said.

“There could be a general strike for one day, a week or a whole month. As long as necessary to get politicians to respond and to do as the UN climate panel recommends,” he said.

Swedish climate activist Greta Thunberg is to participate in a climate march in Copenhagen on Saturday.

Thunberg will give a speech outside Christiansborg Palace, the seat of parliament, prior to the march.

PARTNER CONTENT
From AI to green chemistry: how Stockholm University is tackling the climate change crisis

PARTNER CONTENT
Mayor of Stockholm: ‘We want to be the impact capital of the world’
Url copied to clipboard!