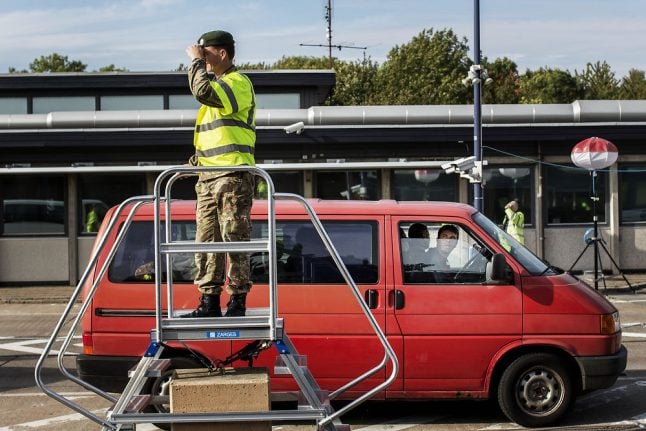 The issue has become a bone of contention between the Liberal and Social Liberal parties – opponents in the general election but allies in the European parliament – after Prime Minister Lars Løkke Rasmussen said he wanted temporary border control, implemented by Denmark as an emergency measure in 2016, to become permanent.

Now the Conservatives, a junior partner in Rasmussen’s government, have come out against the proposal.

“But we do support continuation of the temporary border control and do not envisage that disappearing in the near future. It has been extended more than ten times and we think it will be extended at least a couple more,” she added.

The temporary border measures currently in place must be implemented periodically. That requires Denmark to notify the EU of implementations and their intended duration.

In his comments on the issue, Rasmussen called for a “new Schengen regime that will give us more political ownership of our own borders”.

Abildgaard said the current political framework had not given cause for reform.

“So far, it has not been problematic to extend border control. It has been done successfully many times and we expect it to be possible in future,” the Conservative MP said.

“If that is suddenly no longer the case, we will have to look at this. But we have no reason to believe that we cannot extend border control,” she said. 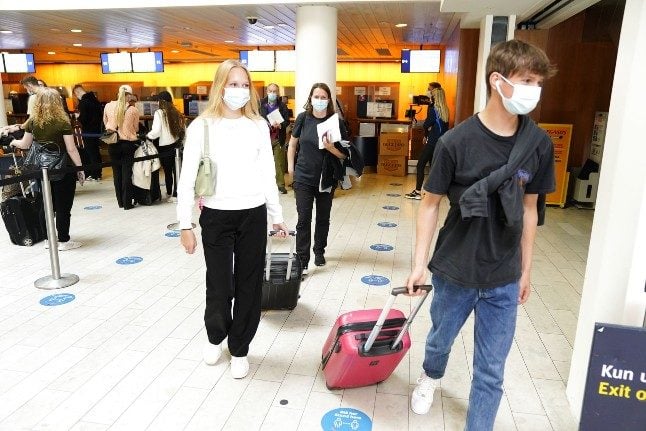 TRAVEL
IN DETAIL: What are the rules on travel into Denmark from within the EU?

What’s the most recent change in the regulatory framework?

Denmark on May 14th relaxed the rules for travel from all EU countries so that travellers from these countries no longer need “a worthy purpose” to travel to Denmark unless their country has a high-enough infection rate to be classed as “red” in Denmark’s traffic light system.

This has opened the way for tourism from the EU, and also from the entire Schengen zone, which also includes Switzerland, Andorra, Iceland, Lichtenstein, Monaco, Norway, San Marino and Vatican City.

Under the May 14th update, travellers coming from European Union or Schengen countries or regions classed as “yellow” no longer have to show a negative coronavirus test before boarding the plane, and no longer need to go into self-isolation on arrival in Denmark.

Those who aren’t Danish citizens or residents, however are required to show a recent negative test, taken no more than 48 hours before boarding their plane, before entering Denmark.

At Copenhagen Airport, there’s a centre before passport control where you can get a rapid test, so if you are willing to risk a return flight, you can wait until arrival before getting tested. In practice, it is probably safer to get a test before you go.

Travellers coming from European Union or Schengen countries or regions classed as “orange” do, however, need to get a test before boarding the aircraft, and also need to go into self-isolation for at least four days, until they test negative for coronavirus, or for ten days without a test.

Here is the latest table from the Danish authority’s Coronasmitte website on the travel guidelines for EU and Schengen countries. Which EU or Schengen countries or regions are classed as “yellow” by Denmark?

Denmark on Saturday June 5th moved Italy, Germany, Austria and Slovakia from the “orange” classification to “yellow”, meaning Danish citizens are no longer advised against leisure travel to these countries, and also that tourists from these countries no longer need to get tested before boarding their flight, or go into isolation on arrival in Denmark.

These countries are currently classed as “yellow” in Denmark.

Denmark also on June 5th added six new European regions to its list of countries classified as “yellow”, the Peloponnese in Greece, Jadranska Hrvatska in Croatia, Zug and Ticino in Switzerland, and the Spanish enclave of Ceuta.

Here are the European regions currently classified as “yellow”:

Which regions in the EU or Schengen are currently classified as “red”?

How are the rules different for travellers from the EU/Schengen who are fully vaccinated or immune?

Travellers from the EU and Schengen regions who are fully vaccinated with a vaccine approved by the European Medicines Agency, or who can document that they have been infected with Covid-19 and recovered in the last 14 to 180 days can forgo most of the restrictions that remain (unless their country is rated “red”).

Even if their country is rated as “orange”, they still do not need to show a recent negative coronavirus test before boarding their aircraft, get tested on arrival, isolate on arrival, or take a test prior to entering Denmark.

Here is the latest table from the Danish authority’s Coronasmitte website giving the travel guidelines for vaccinated or immune travellers from EU and Schengen countries. What are the requirements if you are travelling by land or sea?

What are the rules on travel for residents of border regions?

Foreigners with permanent residence in regions bordering Denmark, such Schleswig-Holstein in Germany, and Blekinge, Skåne, Halland and Västra Götaland in Sweden do not need a “worthy purpose” to travel into Denmark, even if their country is classified as “red”. They can only show a negative test that is up to 72 hours old, rather than 48 hours for other travellers.

GOVERNMENT
Power shifts in Denmark with the giving of gifts
Url copied to clipboard!