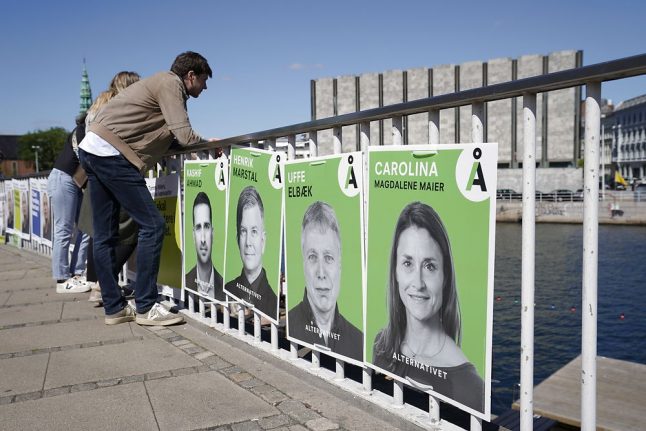 A number of issues have provided obstacles for the green party, which was launched in 2013, as it attempts to follow up on its breakout success at the 2015 election.

“Although Alternative, politically speaking, has an issue which is more relevant than ever before, voters are clearly unsure as to whether they are the right party to do something about it,” said commentator Erik Holstein of the Altinget political media.

“I think that is due to cases in which prominent party members have done things that are in conflict with the green agenda,” Holstein said.

“When you present (climate change) as though the world is about to end while also taking a scuba diving holiday in Zanzibar, I think you’ll lose voters,” the analyst continued, in reference to reports of prominent party members taking long-distance flights.

The party has also been the subject of other controversies regarding its leadership.

After entering parliament for the first time in 2015 with 4.8 percent of the popular vote, Alternative polled at just 2.9 points in mid-April, falling perilously close to the 2 percent threshold for parliamentary representation.

Meanwhile, a Voxmeter poll showed climate to be one of three subjects considered by voters to be the most important in the upcoming election.

“We have absolutely asked ourselves why this could be. One obvious explanation is that we are seeing massive competition from other parties on the subject of climate, with one climate proposal after another,” Maier said.

“That can only be a positive thing,” the Alternative MP added.

“The other thing is that we’ve had a number of negative reports. There has been unrest amongst our support and criticism of the leadership. That makes people unsure whether we have our house in order,” she said.

Holstein said that he doubted the party could turn the tide and achieve a strong election result.

“I can’t see what they could pull out of the hat to change this. They have presented an ambitious climate plan, and people know what they are about,” he said.

A continued push on the environment could still set the green party apart from its competitors, according to Maier.

That could be done by highlighting difference between Alternative’s green policies compared to others, she said.

“In a way, we’re a victim of our own success because we have changed the agenda,” Maier said.

READ ALSO: The 2019 Danish general election: What you should know about the parties on the left