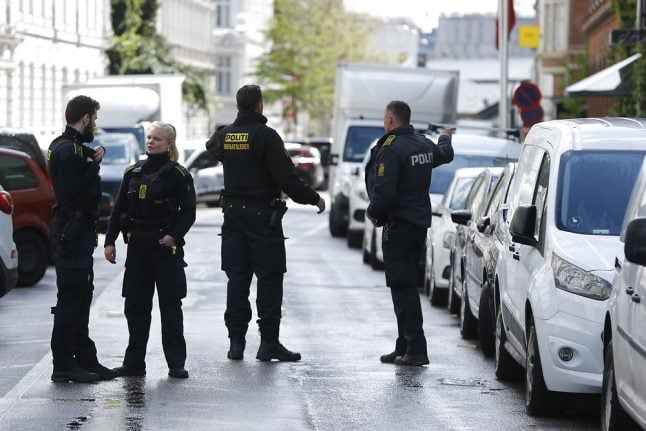 The scene of the shooting in Copenhagen on Tuesday. Photo: Jens Astrup / Ritzau Scanpix

A 39-year-old man was fatally wounded on Tuesday on Helgolandsgade, a small side street close to Copenhagen Central Station.

But police have so far received just four tips from the public, deputy superintendent Brian Belling said on Thursday.

“We are still very interested in receiving information,” Belling said.

The crime occurred on Tuesday afternoon, when a masked man stepped out of a car and walked directly towards the victim before firing.

The victim's pregnant girlfriend is reported to be a witness to the shooting. The distance between shooter and victim was under one metre.

The masked man fled from the scene in a black Audi A4, which was found at around 2:40pm the same afternoon, set on fire in a field in the village of Sengeløse, around 25 kilometres west of Copenhagen.

Police have asked for members of the public who were in the area where between around 1pm and 2:45pm to come forward.

Anyone who may have spotted the Audi, registration CE 51 588, in the Vesterbro or Frederiksberg districts of Copenhagen was also asked to contact police.

“We are working on several potential theories with regard to motive,” Belling said.

The victim did not live in the Vesterbro area, he added.

“Our suspicion is that the murder took place at a random location, but that the victim was not random,” the lead investigator said.