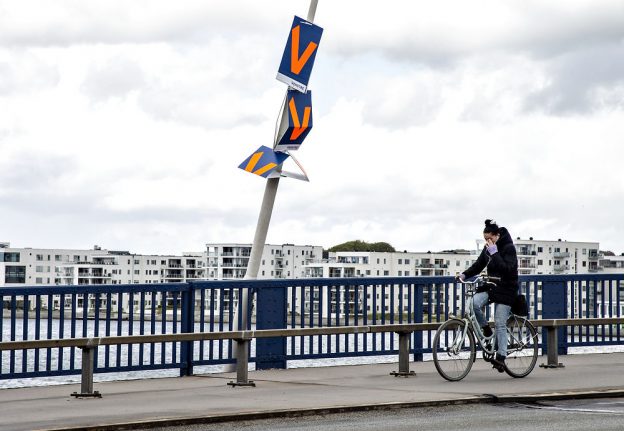 Prime Minister Lars Løkke Rasmussen announced the election on Tuesday, with latest opinion polls showing the opposition left-wing bloc, headed by the Social Democrats, ahead with 54 percent of votes, compared to 46 percent for Rasmussen and his right-wing bloc.

Observers have suggested that the Social Democrats, the largest party currently in opposition, could form a minority government that would cooperate with the right-wing bloc on immigration issues and with the left on other policies.

That would be a significant break from the clear left- and right-wing or ‘red and blue bloc’ party politics around which Danish politics has been based for decades.

That change has been eyed warily by other left-wing parties, who are yet to pledge their full support for Social Democrats leader Mette Frederiksen.

Such anti-immigrant rhetoric, first introduced by the far-right, is now commonly used by the Social Democrats and other parties.

“The political climate has been anti-immigration for years. The Danish People's Party's agenda has been adopted by mainstream parties,” Anders Widfeldt, a lecturer at Scotland's University of Aberdeen who specialises in Nordic politics, told AFP.

In this climate, two new far-right parties, pushing agendas to the right of the Danish People's Party, have emerged and are vying for seats in the election.

One of them, the New Right, which promotes libertarian economic policies, has called for even tighter immigration rules.

The other party, Stram Kurs, which means “Hard Line” in English, is headed by Rasmus Paludan, a vehemently anti-Muslim provocateur already convicted of inciting racial hatred and blocked by Facebook.

Rasmussen and Søren Pape Poulsen, leader of junior coalition partner the Conservatives, both said on Tuesday that they would not form any government that relies on Paludan’s parliamentary support, should the fringe party reach the required threshold of 2 percent of votes required to enter the legislature. Last week, both Rasmussen and Poulsen initially declined to rule out working with Paludan, Politiken reported.

For Prime Minister Rasmussen, 54, an election defeat would in all likelihood put an end to his 25-year career in Danish politics.

“Lars Løkke Rasmussen knows that if he loses he will also be finished as leader of his party,” said Christine Cordsen, political analyst at public television DR.

Yet under his leadership, Denmark's economy has thrived. It is expected to grow by 1.8 percent in 2019 against 1.3 percent in the eurozone.

The country also has almost full employment, with a jobless rate of just 3.7 percent in March compared to 7.7 percent in the eurozone.

The Danish parliament, the Folketing, has 179 seats, including two each for its autonomous territories Greenland and the Faroe Islands. Parties must win at least two percent of votes to be represented in parliament.

Voter turnout is traditionally high in Denmark. In 2015, 85.9 percent of the 4.5 million eligible voters cast their ballots.