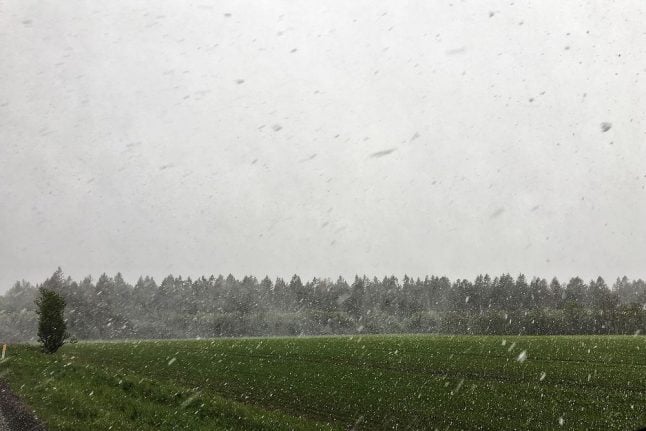 After a cold weekend for the time of year, with snow falling in some areas, changeable weather is predicted by national meteorological agency DMI.

Tuesday night could even see some frost, although Thursday will feel much warmer at up to 17 degrees Celsius during the day.

“Generally, we are going into an unstable week with a bit of everything. Sun, rain and clouds. Artic air is moving down across the country, giving a westerly stream of cold air,” DMI meteorologist Anja Bodholdt said.

Monday and Tuesday will be cool with showers.

“The (next) two days will be similar to each other with showers, possible hail and thunder, and some sunny spells. The temperature will be 7-10°C, and we can look forward to a light to moderate westerly wind, which will be stronger on the coast,” Bodholdt said.

The total rainfall will amount to a few millimetres, with the extent varying across the country.

“As always with unstable weather, there will be regional differences, where one region might have rain while another just a few kilometres away stays dry,” the meteorologist said.

Monday and Tuesday night could both see temperatures drop to around freezing point.

“Early Wednesday morning will probably get down to around one or two degrees below zero. A small change will occur during Wednesday. The wind will change and a front from the southwest will bring more rain, but it will also be warmer, between 10-13°C,” Bodholdt said.

The frontal system will leave Denmark again by Thursday.

“There may still be some clouds and rain in the east on Thursday morning, but that will clear up towards the west with sun, which will later spread across the country with temperatures from 12-17 degrees (Celsius),” DMI’s meteorologist said.

Friday is expected to be slightly colder than Thursday with more clouds and rain.