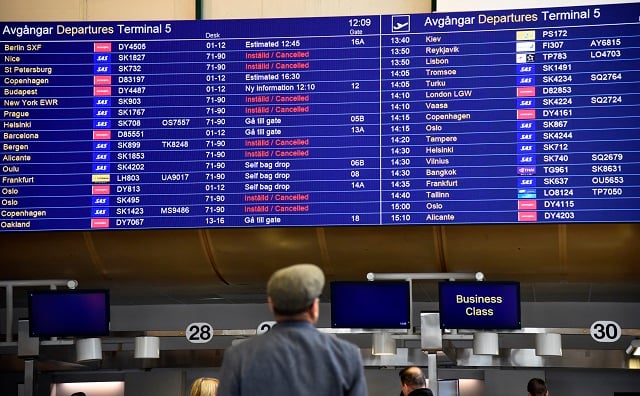 Pilots who are part of the SAS Pilots group walked out on April 26th in Denmark, Sweden and Norway. This amounted to 1,409 pilots or 95 percent of all SAS pilots in the three countries. According to SAS Pilots, the strikers include 372 in Denmark, 545 in Norway and 492 in Sweden.

Throughout the duration of the strike, 380,000 passengers had their plans disrupted by the cancellations, which affected 4,000 flights.

13%: The payrise requested by pilots (according to SAS)

The airline said it had offered pilots a 2.3 percent pay increase as part of their collective bargaining agreement, and claimed the union had requested a 13 percent raise. In the final agreement, a 3.5 percent raise for 2019 was reported.

930: Cabin crew employees laid off as a result

On Tuesday afternoon, SAS announced that 930 cabin crew employees in Norway would be temporarily laid off from May 1st as a result of the pilot strike. They were set to return to work when it was once again possible. The layoffs did not affect members of the Swedish and Danish trade unions due to different labour market rules, according to Norwegian media.

On Wednesday, talks reopened between the employer and union, following five days of deadlock. It then took well over 24 hours to reach a solution, bringing the total length of the strike to seven days.

60 to 80 million: Estimated daily cost of the strike, in kronor

SAS has put repeated savings programmes in place in recent years to improve its profitability, after almost going bankrupt in 2012. But the extended strike has not only hit its reputation, but also comes with a sizeable price tag. While SAS has not commented on the exact financial impact of the strike, Danish bank Sydbank has predicted the strike would cost SAS 60 to 80 million kronor ($6 million to $8 million) per day.

READ ALSO: Why are the Swedes so obsessed with numbers?