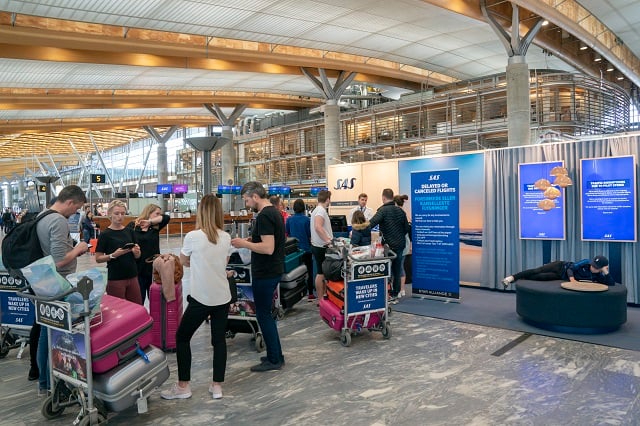 UPDATE: Is the SAS strike about to end?

The newspaper reported that by 6am on Thursday, the parties were still in talks in Oslo, where the negotiations related to pilots in all three affected countries.

The airline had earlier cancelled over 200 of Thursday's flights, with the company saying it hoped to be able to deliver scheduled flights from 2pm on Thursday if the talks were successful. But with no solution reached by Wednesday evening, it cancelled the remaining flights on Thursday: a total of 709, affecting 54,000 passengers.

“There is still hope, and it is always possible to find a solution during mediation. No-one has signalled that they want to end the talks. We will continue to mediate as long as the parties say it is meaningful,” explained Ruland.

It is the first time both sides have sat down together for talks since SAS pilots walked off the job in Sweden, Denmark and Norway on Friday demanding better pay and conditions, though they met prior to the walkout.

“The talks are taking place in Oslo for the sake of efficiency, but there are separate negotiations for collective bargaining agreements for the respective countries,” said Freja Annamatz, SAS's press chief.

Hundreds of thousands of passengers have seen their flights cancelled and travel plans disrupted after 1,400 pilots in Denmark, Norway and Sweden began the strike last Friday.

In the first six days of the strike, more than 320,000 passengers were affected.

Jan Sjölin, from Sweden's National Mediation Office, is responsible for mediation between the airline and its Swedish pilots, but said that he was not currently engaged in talks with the two parties. “We're waiting for information from Oslo,” he said.

Watch The Local's video to learn more about your rights as a passenger: