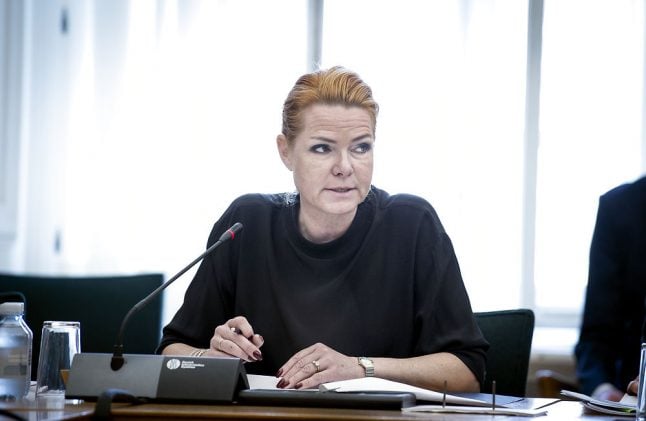 The long-standing policy at the centre, which provides food at a canteen but not cooking facilities for residents, will continue, Minister for Immigration and Integration Inger Støjberg has confirmed.

Critics of the Sjælsmark centre have called for the policy to be changed, arguing that it denies a basic freedom to refugees including children whose asylum claims have not been approved, but have also not committed any crime.

Støjberg rejected a recommendation that families at the controversial facility could be permitted to make their own food.

Last month, the Danish Red Cross published a report which showed that the well-being of children is being severely impacted by conditions at Sjælsmark.

The humanitarian organisation has argued that families should not be placed at the centre until their travel from Denmark has been arranged and is imminent.

Lacking a political majority in support of that stance, the Red Cross has made a number of other suggestions which it says can improve conditions for children living at the facility. That includes giving families the option of making their own meals, rather than being served at a canteen as is currently the case.

Støjberg, speaking at a parliamentary hearing, said she had asked her ministry to take a closer look at the recommendations, but rejected allowing private kitchen facilities.

Although no final decision will be taken until the ministry assessment is complete, any changes to current facilities are unlikely, she said.

“My general approach is that the government does not intend to change the overall framework for rejected asylum seekers,” Støjberg said.

“That is the basis on which I will approach the specific recommendations, once my staff have assessed them,” she said.

Støjberg was called to the parliamentary hearing by Carolina Magdalene Maier of the environmentalist Alternative party.

“It is sad that the government does not – if nothing else, for the sake of the children – want to take these recommendations into account,” Maier said during the hearing.

“What is the reason for not giving them a little refrigerator or a little kitchen, so they can have a minimum of family life,” Nielsen said.

Støjberg responded that normalising living conditions was not the aim of the expulsion centre.

“We don’t think Sjælsmark should be a place where you have a normal everyday life, and that’s the reason there’s a canteen system. And we quite simply don’t support normal housekeeping,” she said.