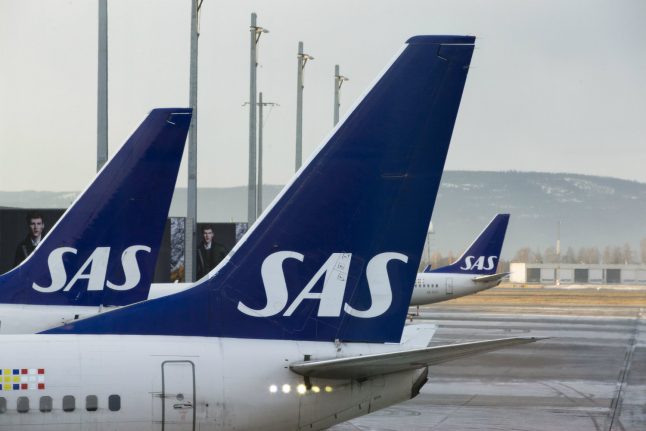 READ ALSO: Here's what you need to know about the SAS strike threat

Scandinavian Airlines (SAS) pilots announced plans for industrial action earlier this month after negotiations with the employer broke down.

The conflicting parties met again for new talks in Denmark on Monday, and negotiations are set to continue in Sweden and Norway this week.

The threat of a strike comes after unsuccessful negotiations on a collective bargaining agreement for the pilots, with salary increases the biggest sticking point, but also working hours and scheduling.

If talks fail yet again, members of the SAS Pilot group will walk out at midnight on April 26th in all three countries. The impact would be significant: the group represents almost all (95 percent) of the airline's pilots in Scandinavia.

Both parties said they hoped the strike would not go ahead.

“We're hoping for a solution, that's my main message. It's important to meet for a constructive discussion about the issues,” SAS press officer Knut Morten Johansen told Swedish newswire TT.

“Negotiations will continue up until the last minute. It is a difficult situation and it is hard to get the company to discuss the issues, but we are hopeful we will succeed,” said Wilhelm Tersmeden, head of the Swedish pilot union's SAS branch.