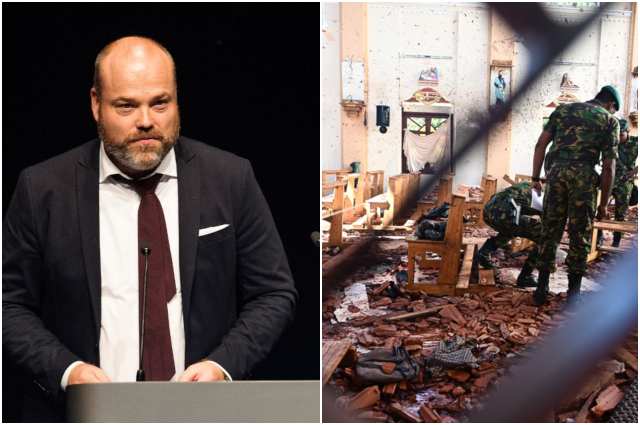 Danish clothes retailer chain Bestseller has confirmed that its CEO, 46-year-old Anders Holch Povlsen, has lost three of his children during one of several blasts that went off in churches and luxury hotels in Sri Lanka’s capital and beyond.

Anders Holch Povlsen and his wife, Anne Holch Povlsen, have four children. The ages of those who passed away on Sunday has not been disclosed.

The death toll from bomb blasts that ripped through churches and luxury hotels in Sri Lanka rose dramatically on Monday to 290 – including dozens of foreigners – as police announced new arrests in what's being reported as the country's most deadly attacks for more than a decade. So far, The Ministry of Foreign Affairs 'Citizens' Service has confirmed that three Danes are among those killed.
It remains unclear which explosions Holch Povlsen’s children died in three have died.

More than 500 people were also injured in the Easter Sunday assault that saw suicide bombers hit three high-end hotels popular with foreign tourists, and three churches, unleashing carnage in Colombo and other parts of Sri Lanka.

Bestseller is the group behind a number of clothing brands such as Jack & Jones, Vero Moda, Only, Selected and Pieces.