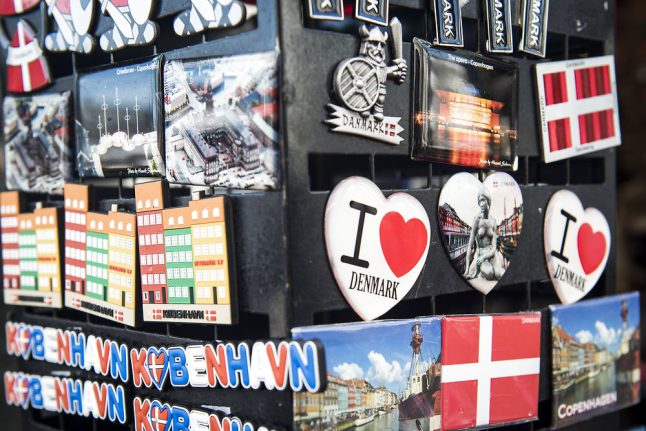 In the same period, the total number of overnight stays by all tourists increased by 1.03 million or 9 percent, the stats agency found.

There was also a notable drop in British tourists visiting the country in the early months of this year. In January and February, the number of British overnight stays in Denmark fell by 7 percent, writes dibusiness.dk.

The decline in British tourism in Denmark could be related to political uncertainty in the UK, according to a representative for Danish businesses.

“The great uncertainty around Brexit unfortunately means that British tourists have not been travelling to the extent they normally do,” said Sune K. Jensen, head of the tourism section at the Confederation of Danish Industry (Dansk Industri, DI).

“If the trend we have seen over the last two years continues, with the British market declining, the UK may no longer be Denmark’s fifth-largest tourism market by the end of the year,” Jensen continued.

During the first two months of the year, the number of American tourists in the country conversely increased by 8.8 percent, according to Statistics Denmark figures.

“American tourists have gained an appetite for Denmark, and the USA could conceivably overtake the UK as Denmark’s fifth-largest tourist market. We can see how important it is for Danish tourism to work with different markets to cushion losses when one declines,” Jensen said.

Although fewer Britons have chosen to stay in Denmark, overall numbers for the tourism sector are healthy, with a 5.5 percent increase in overnight stays in February compared to the same month in 2018.

READ ALSO: Where do Britons live in Denmark, and how many have become Danish citizens?

Although both the EES and ETIAS schemes are still due to be introduced in the European Commission has pushed back the start dates for both until 2023.

It comes amid a chaotic summer for travel in Europe, with airports struggling with staff shortages and strikes while some crossings from the UK to France have been hit by long delays as extra post-Brexit checks are performed during the peak holiday season.

The EES – Entry and Exit System – is essentially enhanced passport scanning at the EU’s borders and means passports will not only be checked for ID and security, but also for entry and exit dates, in effect tightening up enforcement of the ’90 day rule’ that limits the amount of time non-EU citizens can spend in the Bloc without having a visa.

It will not affect non-EU citizens who live in an EU country with a residency permit or visa.

There have been concerns that the longer checks will make transiting the EU’s external borders slower, a particular problem at the UK port of Dover, where the infrastructure is already struggling to cope with enhanced post-Brexit checks of people travelling to France.

You can read a full explanation of EES, what it is and who is affects HERE.

The ETIAS system will apply to all non-EU visitors to an EU country – eg tourists, second-home owners, those making family visits and people doing short-term work.

It will involve visitors registering in advance for a visa and paying a €7 fee. The visa will be valid for three years and can be used for multiple trips – essentially the system is very similar to the ESTA visa required for visitors to the USA.

Residents of an EU country who have a residency card or visa will not need one.

You can read the full details on ETIAS, how it works and who it affects HERE.

Both systems will apply only to people who do not have citizenship of an EU country – for example Brits, Americans, Australians and Canadians – and will be used only at external EU/Schengen borders, so it won’t be required when travelling between France and Germany, for example.

TRAVEL NEWS
EU extends Covid travel certificates until 2023 but what does this mean for travellers?
Url copied to clipboard!