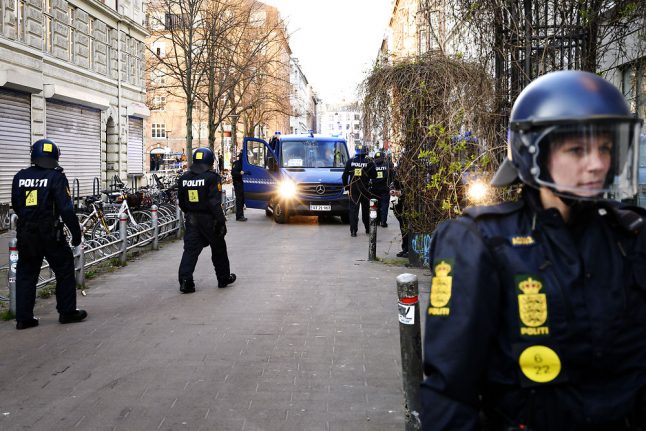 “We have found an object that looks like a hand grenade,” police said to news agency Ritzau.

EOD, the Danish military's bomb disposal unit, completed its work at the location at around 11:20am.

Police responded to an alert from a member of the public on Tuesday morning.

The object has been taken for further investigation and police work at the site has now been completed, according to a Copenhagen Police tweet.

Located in a busy part of Nørrebro close to shops, bars and restaurants, Blågårds Plads was the location on Sunday of an attempted Quran-burning demonstration by Rasmus Paludan, an extremist right-wing agitator who has a criminal record under Denmark’s anti-racism laws.

Police escorted Paludan from the scene before he had completed the demonstration on Sunday, but sustained unrest followed overnight as counter-demonstrators took to the streets and directed anger at police. Several small fires were extinguished in Nørrebro and nearby areas and a significant number of people were arrested.

Paludan was reported to be planning a new demonstration at the same location on Tuesday, but Copenhagen Police tweeted that permission for such a demonstration has been withdrawn.

“Our assessment is that (such) a demonstration would present a threat to public peace,” the police tweet read.

In a statement released later on Tuesday, Copenhagen Police announced a ban on demonstrations by Paludan until 4pm on April 23rd.

The ban would be continually reviewed and lifted “as soon as there is no longer a risk to public order,” the police statement said.