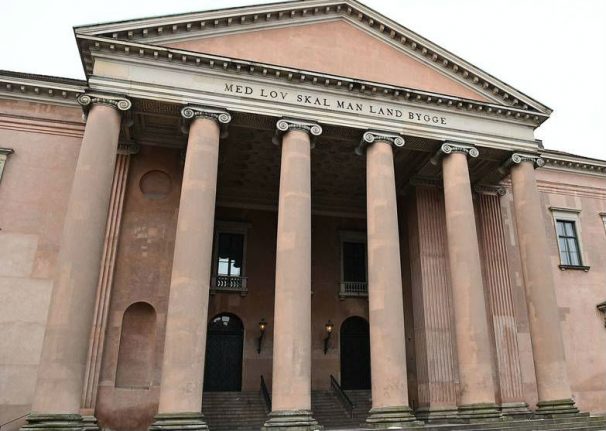 The man was found guilty by the District Court in Copenhagen. Photo: TT
“The accused has been preparing for terrorism,” the court said in its ruling. “In November 2016 he was an Isis sympathizer. He was ready to perform jihad [to fight for his beliefs] and called to be a martyr.”
The alleged Isis sympathizer was in October 2017 awarded 97,000 Swedish kronor in damages by a Swedish court after he was found innocent of an arson attempt against a Shia mosque. The man was kept in pre-trial detention for four months because of the case.
But he was arrested by Danish police two months later on suspicions of planning to “randomly kill or hurt several people in an unknown location in Copenhagen”.
READ ALSO: Denmark extends detention of Syrian who planned terror attack in Copenhagen

The matches were discovered in a back bag carried by a 21-year-old Syrian man as he was crossing the border from Germany to Denmark in November 2016. The bag also contained two walkie talkies and six kitchen knives, and German police found instructions by al-Qaida for making a bomb on the man's phone.

The Syrian has already been sentenced to six and a half years in prison in Germany.
“My mission was to carry the bag to Copenhagen and leave it with a contact at the railway station,” he told a German court.
The Malmö-based man denied throughout the trial that he was an Isis sympathizer, saying that he had downloaded films by the group, which were found on his computer, out of curiosity.
The court is expected to hand down a sentence on May 30th.
Experts from Denmark's armed forces determined that the 17,000 matches were enough to produce 237 grams of explosive, enough to generate a small but potentially lethal blast.