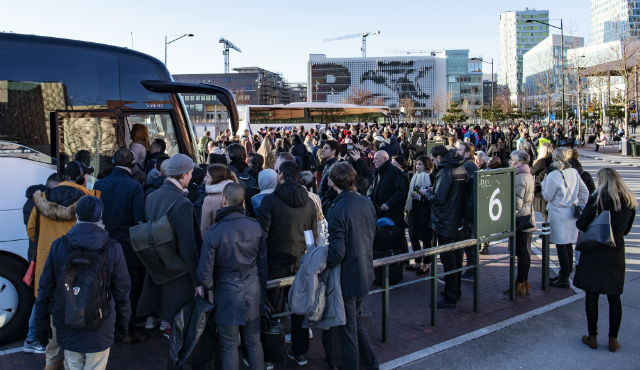 There were long queues for buses on Monday. Photo: Jonas Nilsson/TT
Anders Engzell, press spokesman for Skåne's regional transport company Skånetrafiken, said that he hoped the level of disruption seen this Monday could be avoided.
“Last time they didn't warn us that they were going to strike. We had to [prepare] in the middle of the night, and it was hard to get buses then,” he told The Local. “We are prepared now. We have ordered some buses that will be on standby for if there is a strike.”
Trains between Copenhagen Airport and Malmö's Hyllie station were stopped in both directions from 4am on Monday morning after Denmark's DJF rail union launched a wildcat strike after a breakdown in talks with Danish rail company DSB.
READ ALSO: Wildcat strike stops trains between Sweden and Denmark
Claus Møller Frederiksen, a senior consultant with the DJF union, said that as the strike had been led by an anonymous group within the union, it was hard to know if it would be repeated on Monday.
“There was an anonymous group of Friday saying they would strike on Monday April 1st and maybe also Monday 8th, but we don't know who they are and if they will do so,” he said.
“They are not satisfied with the negotiations and that DSB has cut all sub-stewards in the DSB, and also other things — salaries, working conditions and so on.”
According to Engzell, if there is a strike, then trains between Denmark and Sweden will not run between Copenhagen Airport and Malmö's Central Station.
Skånetrafiken will then operate a replacement bus service between Malmö's Hyllie station and Copenhagen Airport, and is advising commuters to use local trains or buses to get to Hyllie.
He advised commuters to look at DSB's website on Sunday night and Monday morning for the latest updates. 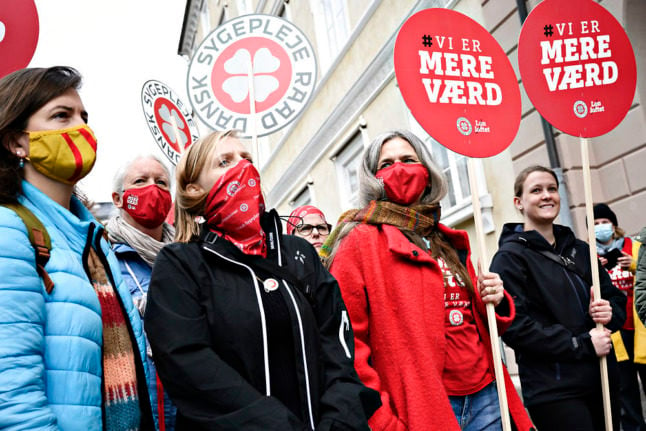