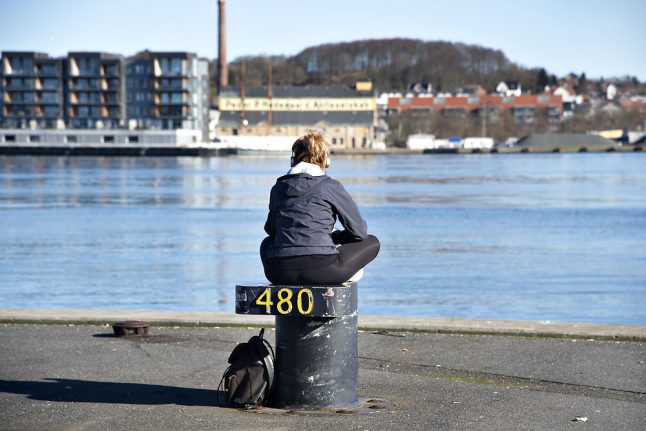 Those planning to spend this weekend outdoors will not need to wrap up for winter temperatures, meteorological agency DMI forecasts.

“Saturday will begin with clouds, but there will be a good chance of sun across most of the country. That will also continue on Sunday,” DMI meteorologist Dan Nilsvall said.

Temperatures will be between 8 and 11 degrees Celsius on both days.

Northern and western parts of the country are expected to enjoy the most sun throughout the weekend.

“But there will be a few showers locally. That applies to the whole country and the whole weekend. The weather might feel quite changeable in some places, but that will be more of an exception than a rule,” Nilsvall said.

Wind will continue to feel fresh during the weekend, as it has done for much of this week.

That is due to a continuing onshore northwesterly wind, the meteorologist said.

Early morning frosts are still possible despite the mild weather, so enthusiastic gardeners should wait a little before going into full spring mode, according to Nilsvall.

“The ground surface is still cold, so even though we can sense the spring, cold nights are still likely,” he said.

“You should probably be careful about planting too early. The weather is not good for sensitive plants,” he added.

Icy roads are also still a possibility in the mornings, particularly in northern Jutland.

This weekend’s weather could set a pattern for the coming weeks, with a high-pressure zone to the south of the country sending mild and humid weather towards Denmark.

A mild warm front from the north west could also influence the weather next week.