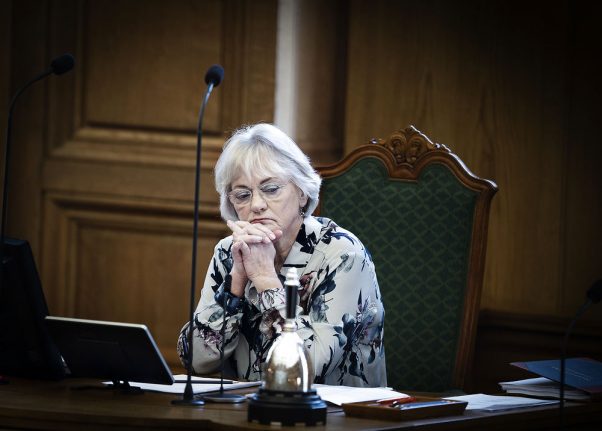 Third vice-speaker Christian Juhl of the Red-Green Alliance (Enhedslisten) party thereby disagrees with the decision made by senior speaker Pia Kjærsgaard, who on Tuesday asked MP Mette Abildgaard to remove her infant daughter from the room.

Juhl, one of four deputies who can stand in for Kjærsgaard, an outspoken former leader of the Danish People’s Party, said he would have handled the situation differently.

“As far as I can be sure, I would have smiled to Mette Abildgaard and carried out the voting, and that’s how we would have solved it,” Juhl said.

The Red-Green Alliance MP was present in parliament during the episode.

“Nobody was being disturbed. We as speakers are here to make sure it is calm in the chamber — and it was, at all times,” he said.

“We have to find good, pragmatic solutions, so that we can all take part in voting in parliament,” he added.

Abildgaard has called for clearer rules on bringing children into the parliament, noting that she has previously seen colleagues bring their own young ones into the chamber.

Kjærsgaard said she would bring up the issue at the next meeting between speakers in order to bring about clear guidelines.

“This is naturally something we need a clear position on. What I have expressed is the position that we have now. Members of parliament should be present in the chamber, not babies and children,” Kjærsgaard said.

Juhl said he hoped for a different approach.

“I think we should be a bit mild and make sure everything works out. I think that should be allowed,” he said.