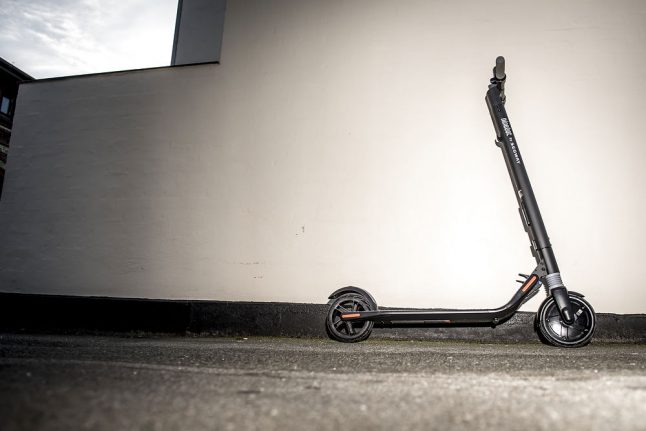 That has resulted in authorities in the capital considering a strict approach to scooters that fall out of line with traffic regulations.

But the Ministry of Transport has asked Copenhagen to listen to advice from second city Aarhus, which has tackled the two-wheeled issue differently. The large quantity of rental bicycles and electric scooters on Copenhagen’s streets has been a source of frustration in the capital, newspaper Politiken reports.

A majority in the Copenhagen Municipality environmental and city planning committee (Miljø- og Teknikudvalget) voted in favour of consulting the transport ministry with a view to implementing a new approach to managing the rental electric scooters, taking into account the experience of Aarhus, the municipality confirmed in a press statement.

“We will be facing genuine chaos if the city’s sidewalks and public spaces suddenly need to fit in eight competing systems for electric scooters and five for bicycles,” Ninna Hedeager Olsen of the Red-Green Alliance (Enhedslisten) party, who heads the municipal committee, told the newspaper.

“That’s why I’m pleased that a majority in the committee has decided to follow the Ministry of Transport’s recommendation to look to Aarhus for inspiration,” Hedeager Olsen added.

Use of the electric scooters on cycle lanes became legal earlier this year, but the scooters are often left in areas of Copenhagen where they do not have permission to be parked, resulting in frustration.

When a user parks the scooter on areas such as pavements or squares, and a subsequent user picks up the vehicle from the same spot, the operating company is renting from public ground without permission, according to the municipality’s assessment.

Three companies currently operating in the city – Voi, Tier and Donkey – have until March 22nd to register objections with the municipality before it orders them to remove their electric bicycles and scooters from streets, Politiken reports.

But the municipality is also responsible for coming up with a plan on how to accommodate the rental light transport in the longer term, the Ministry of Transport has said.

The ministry is generally in favour of the companies, since they fit with an overall political desire for green, shared transport options, the newspaper writes.

READ ALSO: Up to 200 electric scooters to appear on streets of Copenhagen 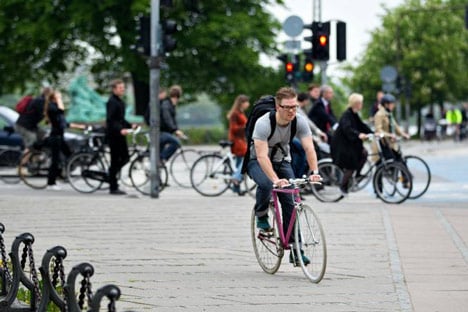 CYCLING
Get off your high horse, Copenhagen cyclists

According to a 2010 analysis, a cyclist breaks the law every seven seconds in Copenhagen. Photo: Lars Krabbe/Polfoto
Cyclists are under attack.
Not something you would expect to hear in connection with Copenhagen, the self-proclaimed Cycle Capital of Europe, and arguably the most bike-friendly city in the world, with its 400km of bike lanes, cycle ‘super highways’, and that swish new cycle gyratory thingy in Sydhavn, not to mention those new ‘intelligent’ city bikes just launched at a cost of 50,000 kroner ($9,000) per piece. And at Post Danmark Rundt time, to boot.
They say over a third of people commute by bike in the Danish capital but that's not enough for City Hall: they have to get even more of us on our bikes – 50 percent – if they are going to meet their 2020 CO2 target (will they meet it, won’t they? The tension! Come on, we all know, with politicians involved, come the time they will massage the figures – they’ll leave out the airport's emissions, or Mærsk’s, or something).
This, then, is a city very much geared to two-wheeled transport, to an almost fanatical degree. It is a cyclist's paradise, or so you’d think. But recently there have been grumblings both from, and about, Copenhagen’s cyclists and my sense is the grumblings are eventually going to grow into a crescendo.
In January new fines were introduced for cyclists who violate traffic laws – 1,000 kroner for crossing a red light; 700 kroner for riding on the pavement. Then there was the recent ‘scandal’ of the company that was removing bikes illegally parked on private property and charging owners the grand sum of 187 kroner to get them back. The cyclists really didn’t like that. “Extortion! Theft!” they cried.
Then it was the bus passengers’ turn: they had had enough of being mown down by cyclists when trying to disembark from their bus. Cyclists are supposed to stop to allow passengers to cross the cycle path to reach the pavement, but few bothering to wait, with calamitous results for both parties.
The other day Politiken’s website posted a film with a plea from a local blind man to the city’s cyclists. We saw the man come perilously close to being run over by cyclists who, once again, considered their journey too important to slow down for a man with a white stick.
Tensions are simmering and I am afraid the finger of blame points very clearly at the cyclists, or at least some of them.
A Dutch friend visiting recently was quite aghast at the aggressive attitude of Danish cyclists. They were way pushier, cycled notably faster, and were more irascible than those in Amsterdam, she said. “They need to take a chill pill.”
An incident I witnessed on a packed intercity train the other day sums up what I can’t help feeling is a kind of growing extremism at work in Danish cycling culture. A female cyclist demanded that three passengers – including a mother and her small daughter – leave their seats along the wall of the carriage, as they were multi-purpose seats – i.e. for bikes and/or passengers. To my astonishment, they dutifully did so, the seat bottoms automatically flipping up obligingly. The cyclist then parked her bike and sat down on the one remaining seat. She did this with no acknowledgement whatsoever of the other passengers’ sacrifice and in a manner which, in its display of entitlement and moral superiority, evoked some kind of absolute monarch ascending her throne.
I think this moral superiority, this arrogant sense of entitlement to all of the city’s public spaces on the part of Copenhagen’s cyclists, might lie at the heart of the problem.
The thing is, I don’t believe that the majority of people who choose two wheels over four do so for purely altruistic reasons. They aren’t doing it to reduce CO2 emissions, or help the traffic flow, they are cycling because it is cheap and quick, and perhaps it helps them keep fit.
If they could afford a car, and if it was convenient to drive (i.e. the traffic wasn’t too bad and there was parking), many – most? – would probably do so.
So let’s cut the moral highground crap, shall we?
Some more tips for Copenhagen’s cyclists: how about you don’t jump red lights or ride on the pavement? Then you won’t get fined. How about you stop to let bus passengers and blind people cross your cycle highways? Then there won’t be any accidents. How about you park legally, or somewhere that doesn’t block a pavement being used by people pushing prams or the elderly, or the entrance to people’s homes? Then you won’t get your bike taken away.
You’re welcome! Michael Booth is the author of The Almost Nearly Perfect People: The Truth About the Nordic Miracle available now on Amazon and is a regular contributor to publications including the Guardian and Monocle.
SHOW COMMENTS
Url copied to clipboard!