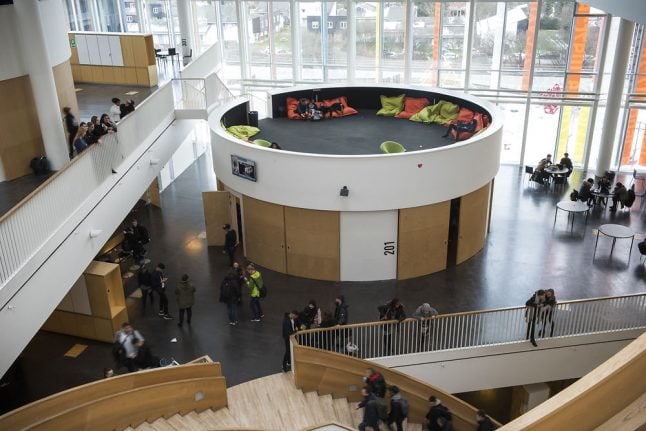 Media TV2 Lorry reported that the minister, who represents the Liberal Alliance party, was booed and that students brought banners protesting budget cuts and new rules on attendance as she visited Ørestad Gymnasium, an upper secondary school in Copenhagen.

According to Altinget, coins were thrown and the word “luder” (‘whore’) was shouted at the minister during the visit.

Ørestad Gymnasium headteacher Jonas Lindelof told Ritzau that he tried to intervene in the disturbance, which occurred as Riisager visited to take part in a debate on democracy, but was unable to get students to return to their classrooms.

“I didn’t witness the things that have been described myself, but this is completely unacceptable,” Lindelof said.

“This is naturally my responsibility. But you can’t just get 500 students to obey you when tempers are flaring. I tried to get the young people to return to their classrooms,” he said.

The headteacher said he had written to Riisager to apologise for the incident.

Management at the school is now looking into whether disciplinary action against student may be necessary, Ritzau writes.

Meanwhile, the head of one of the college’s two student councils said he regretted the incident and acknowledged there had been an aggressive atmosphere amongst as many as 100 students at the event, DR reports.

“I am both embarrassed and disappointed in my school,” Henrik Michael Rafn said to DR.

Banners had been prepared to make a statement against the budget cuts and new attendance rules, but the protest got out of hand, Rafn said.

“This is not how young people behave. We young people have a lot on our minds and it’s okay to show dissatisfaction. This came out in a very bad way,” he added, stressing that the council he chairs had told students that protests should be made in a “dignified” manner.