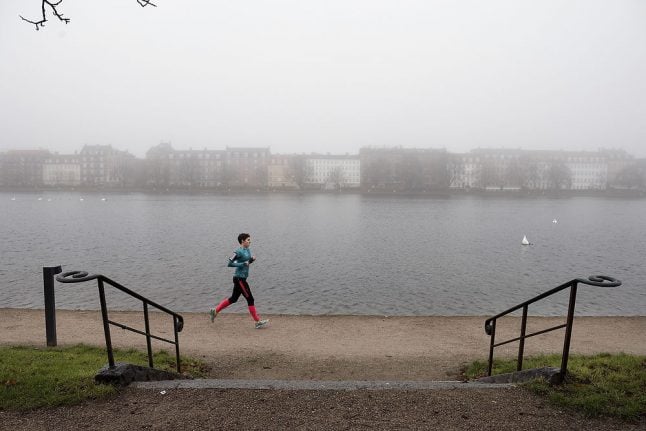 I’d know the best places to eat, understand every cultural nuance and I’d be chatting away in Danish, translating to friends who came to visit.

But I have come to learn that moving to a different country does not turn you into a native by osmosis. If only it did. It takes work, patience and some resilience to ride out those excruciating errors of an expat.

“You’ve jumped the queue!” bellowed a voice, after many attempts to convey the message in Danish.

“Gosh. Sorry. Me?” I said, looking perplexed as no one stood in front or behind me.

Embarrassing lesson number one: take a ticket to be seen at the pharmacy, whether that’s for a prescription or just buying a toothbrush.

“Off we go!” I cheerily called to my toddler, while reversing the pram from a busy bus of wagging fingers. Only two prams are allowed at a time on most Danish buses. Another lesson etched into the memory of awkwardness.

“Please go and wash your hair.”

Yikes. I mean I haven’t washed my hair for a couple of days but really?! Mortifying lesson number 102: you must wash your hair before getting into a public swimming pool, or face a walk of shame with your nicely dry pony tail, back to the cubicles and into the shower.

READ ALSO: Here's what I learned after two years living like a Dane

And then there are the bigger moments.

Pick-pocketed while pregnant. “Don’t panic,” I thought. I know the non-emergency police number off by heart (114). I didn’t know the translation for the automated message on the other end of the line. And I didn’t know that Danish banks have a rather generous limit on a day’s cash withdrawal: 15,000 kroner (£1700) that took some time to get back.

A trip to A&E with my three-year-old. I turned up at hospital to then realise I didn’t know the word for Accident and Emergency (it’s akutmodtagelse, by the way). I had to get someone to write it on a piece of paper because there was no way I was deciphering that word in a fluster. It’s in these moments, I know I have a choice.

To lament the fact I am no longer in my familiar, home country. Or do a Homer Simpson ‘doh!’ and move on.

Because, unfortunately, these moments happen rather frequently when you are a newcomer in Denmark, and they seem to happen even more when dealing with the Danish language.

“Oh, you’ll pick up the language by just living there and absorbing it,” everyone said before our move. I knew the word ‘tak’ (thank you), so how hard could it be?

Let me tell you; ‘tak’ is an anomaly. Most Danish words sound nothing like the spelling. You almost have to learn two languages. Even once you’ve understood how a word is pronounced, trying to say it yourself is a different skill altogether. Four subtly different ways to pronounce an ‘ooh’ sound (ø) and a ‘d’ that is formed somewhere in the back of your throat. Get the pronunciation slightly wrong and you have no chance of being understood. And I mean no chance.

I am at the end of Module 3 out of 5 in the state-subsidised classes (they were free until July 2018). I’ve put in around 400 hours of lesson and study time. I still can’t converse with toddlers.

I’m the ‘mor’ (mum) who ‘snakker lidt Dansk’ (speaks a little Danish). The ‘mor’ whose play dates are popular, because the three-year-olds have the upper Danish hand. At baby music classes, I watch everyone’s mouths to decipher the song words. I sing loudly to the bits I know and laugh at the jokes…at least I think they are jokes!

If someone passes comment while out and about, I often don’t know exactly what they’ve said. I certainly don’t know how to respond in that fleeting moment. So I smile and nod. Or say ‘ja’ or ‘tak.’

Not only does it make you feel, well, a bit dim; you miss opportunities for an ‘in.’ An insider piece of knowledge, a bit of parent gossip at nursery pick-up, a potential friendship.

The constant barrage of mistakes and miscommunication has sometimes left me being a quieter version of myself. Unconfident in both my incomprehensible Danish and apologetic English, and ever embarrassed by the big bright ‘expat’ badge I feel I wear.

But I have learnt the sooner you can get over this, the better. Danes aren’t the ‘say hi to a stranger’ kind of people, so you need to make the first move. Use whatever language you can; mime, if that is what it takes. But whatever you do, don’t stay quiet.

I once went to the extent of saying to a parent at nursery:

“Hi, I’m Emma. I’m trying to get more Danish friends for my daughter to play with, so we can all improve our language…”

“Ah we should do a play date. Let’s swap numbers.”

It was 10 seconds of cringe, for an opening, a new friendship and a new level of Danish understanding. Apply this to all your situations, and you really start to open the doors.

Two years after our move, Danish living has crept up on me. I find myself saying ‘tak for i dag’ (literally, ‘thank you for today’) within an English sentence. I take my baby outside in the pram to nap. I eat rugbrød most days. I know the words to Danish nursery rhymes. I understand Gurli Gris (Peppa Pig). I cycle in all weather. I even own a Rains coat.

I may not be the native I was expecting but that is ok. I get to live in Copenhagen; an incredible capital city with bike lanes and child-friendly parks aplenty. I’ve learnt to enjoy each stage I’m at and all the lessons and discovery it brings.

Perhaps being an international living in Denmark will always feel like a learning process. But isn’t that life? We will never know it all. We will never always get it right. The key is to embrace that experience and find joy through it. One excruciating error at a time.

READ ALSO: I took the Danish citizenship test today. What was it like, and why did I do it?