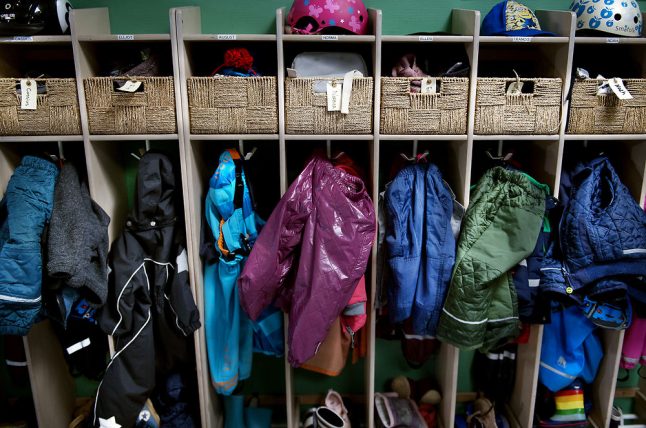 And just like that…our two-year anniversary of living in Denmark has come around. Year two has gone by in a flash. Perhaps because we’re actually living here now, as opposed to navigating how to live here.

So, what do I know about my Danish genes, two years after we left the hills of Sheffield for the bike lanes of Copenhagen. Here we go…

*Disclaimer*: I am in no way generalising a whole nation – this is only through my half Brit, half Dane perspective.

“These trousers are no good,” I was told one afternoon at nursery pick-up.

Danes are direct and straight to the point. There are no, “do you mind if I…I just wanted to ask…could you possibly…” They say what they mean. I don’t have this gene but I would quite like it. Cut the waffle, get to the point and there’s never any misunderstanding.

So the fleece-lined waterproof trousers?

“No good. She needs the Danish ones that all the other kids have.”

Which brings me to my next point: conforming.

Danes like to conform. Look in any light shop, and you won’t find a lamp you don’t like. They are all a certain, aesthetically pleasing style. Apartment interiors are similar; the Syveren chairs, Ikea shelves, wooden floors, sheepskin rugs.

Children all wear the same outdoor clothes. There are even posters on the walls of my daughter’s børnehave (daycare), illustrating what the children should wear for each season – even down to recommending the brand of snowsuit (Reima brand flyverdragt if you’re interested). Perhaps the posters came as a result of me straying off convention with the fleece-lined waterproof trousers.

Another off-script approach of mine is to keep my daughter at home once or twice a week (she’s three years old). This was recently met with questioning from the pædagoger (nursery teachers). Many Danish children attend daycare five short days a week, because it’s subsidised by the state and that’s what everyone does.

Apart from the obvious, spending quality time with my daughter, I actually quite like a break from the morning rush because – my word – the Danes are punctual.

Pre-children and broken nights, I would allow myself 90 minutes in a morning to get ready for work, so I was dressed, fed, updated on the news and calmly ready to be on time. So I’ll claim this punctual Danish gene. But no military organisation can prevent a baby explosion poo as you head out of the door, timed with a lost glove and three year old’s sudden inability to walk.

As a consequence, I have been 'told off' on more than one occasion at nursery for arriving late. On the plus side, I’ve got the phrase “undskyld jeg kommer for sent” (translation: “Sorry I’m late”) down to a T.

READ ALSO: 'There's no need to join a gym when your nursery run is 30 minutes by bike'

Babies do sleep better outside

Initially, I couldn’t get used to seeing unattended prams outside with babies sleeping in them. After two years in Denmark, not only do I think it perfectly normal – I have done it. My youngest, who was born last year, genuinely naps best outside in the pram.

Now that the weather is too cold for me to stay outside with her, I will park her outside a cafe and sit in the window looking out on her, with the monitor on.

The thing is, the sight of a sleeping baby in a pram outside is so common in Denmark, no one bats an eyelid. There’s almost a societal trust, that this is what parents do and everyone has got each other’s – or the pram’s – back.

Even though this is a capital city, there is a sense of community, thanks in part to apartment living. Most apartment blocks have a nice courtyard with a playground in it. The apartment block residents’ committees arrange cleaning days throughout the year, where everyone mucks in to clean shared areas, plant flowers and paint garden furniture. You can’t help but get to know at least a few of your neighbours this way. It is the norm for babies to sleep in prams in apartment courtyards, which are often private, safe in the knowledge your neighbours will be listening out for them too.

Despite this sense of community, Danes are reserved and can on first appearance, seem a bit rude or ‘off.’ This, I have learnt, is because they’re not in your face chatty or over-friendly to someone they don’t know. Think opposite to Yorkshire.

Added with their directness, it can feel, especially to a bumbly Brit who has poor Danish, that you’re constantly offending someone. But do not despair. It just takes a bit of time for strangers to warm up to you, which is fair enough really. If you get to the friend stage, and lucky for us, we have Danish family, then you’ll find out they are warm, generous and very hospitable.

The water surrounding Copenhagen means people swim, all year-around. We haven’t tried the infamous winter dips yet, but we definitely made the most of the beaches during the summer. Having to get yourself up and down apartment steps, walk or cycle everywhere, means you’re active and outside every day. Like it or not, come rain or shine, snow or heatwave. And that, I think plays a huge factor in keeping healthy and happy.

Without a car, which many Copenhageners don’t have, there is no other option, so you dress for the weather and get out. This mentality is very Danish, which is why the warm and weather-poof clothing here is so good.

And Danes look good, whatever the weather. I see girls pulling off a duvet coat with baggy trousers look and I don’t know how. They are just effortlessly cool. Those Danish genes I don’t possess, sadly.

But there is also the sense that people aren’t self-conscious. Clothing is practical and stylish, makeup is minimal and natural. And I’ve never felt more comfortable about stepping out onto a busy street with what is probably not my best look, because no one frankly cares. This ties in with body confidence. You’ll find people sunbathing topless in the parks, swimming topless in the sea and you’re not allowed into the public swimming pools, unless you’ve had your communal naked shower beforehand.

Transfer this over to breastfeeding attitudes and you can see why breastfeeding rates are so high here. It certainly made my feeding apron, which I brought over from the UK, look slightly silly.

Two years sounded such a long time when we first started this adventure. But the reality is that we still feel very new. Time goes quickly when you’re in the thick of parenting little ones. Discovering a new culture and learning a new language is a lengthy process. And the beginning of any relocation is tough. There are hurdles and pain barriers to overcome.

But as you get over them, one step at a time, you start to see more of the country that was, at first, hidden from your untrained eyes. You slowly start to ingrain yourself into the culture, the practicalities, the language and the people. And that’s when the magic starts to happen.

READ ALSO: Networking in Denmark: Not as scary as it seems? Emma Firth is a former BBC journalist and TV producer who freelances in Copenhagen. She moved from the UK to Denmark in February 2017. Emma is half Danish and documents her experience of moving to Copenhagen with her family in her blog Living The Danish Gene.