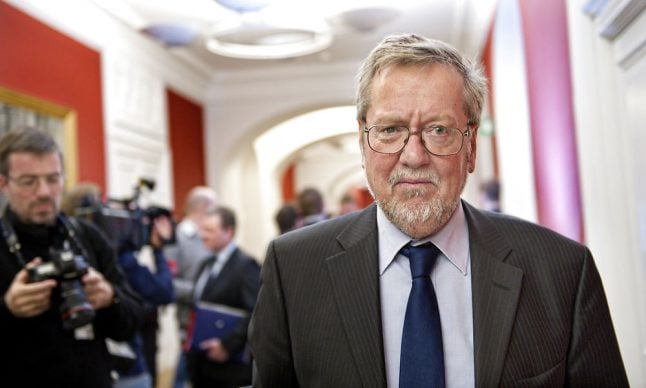 Møller recognised that were mistakes were made in an interview with newspaper Politiken, after reading an academic report on Denmark’s military engagements in Kosovo, Iraq and Afghanistan, which was published on Tuesday.

The former minister’s comments are a change in tack from his initial response, in which he denied that information was ‘streamlined’ by the government in its dealings with parliament over issues including Iraq’s suspected possession of weapons of mass destruction.

The government was informed that there was no conclusive evidence that Iraq had such weapons, but told both parliament and the media that this was the case, researchers Anders Wivel and Rasmus Mariager of the University of Copenhagen conclude in the report.

“The Danish Defence Intelligence Service’s (FE) assessment that there was no definitive evidence, but that Iraq was considered to possess weapons, was changed to the prime minister’s [Anders Fogh Rasmussen, ed.] declaration that ‘this is something we know’,” the researchers wrote in the report.

Having reading the report in its entirety, Møller told Politiken that ministers involved with the issue should have noticed changes in the wording used to describe Iraq’s possible possession of weapons of mass destruction.

“If there was a change in the wording which gave the essential information a different character, then that is a mistake, and is wrong,” he told Politiken.

“The original wording should have been retained or supported by firmer wording with information as to why that change in character had taken place,” he added.

Møller told the newspaper it was “regrettable” that wording may have been ‘streamlined’, and that parliament may thereby not have been given correct information.

He stressed he did not, in his role as foreign minister, change wording from the government being “quite sure” to “knowing” that Saddam Hussein had weapons of mass destruction.

“That is not my wording,” he told Politiken.

Møller added that he did not view the report as justifying a re-opening of an official inquiry into Denmark’s participation in the Iraq war.