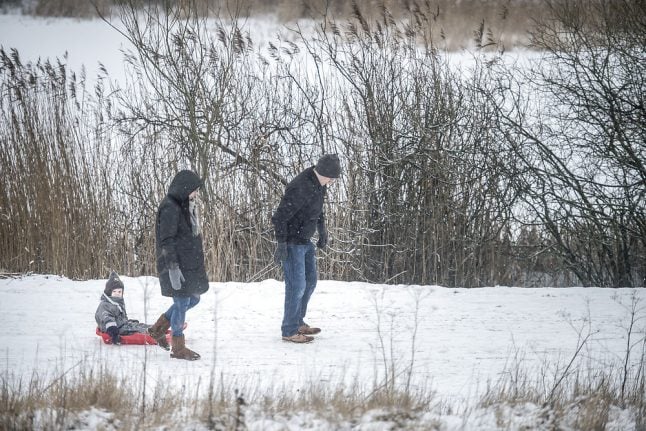 Forecasts from national meteorological agency DMI show a particularly high likelihood of snow in the east of the country on Saturday.

Snow may also fall elsewhere during the weekend, which is predicted to be cold throughout.

On Friday, skies will be cloudy with temperatures between freezing and 2°C, with possible snowfall in northern parts of Jutland and Zealand early in the day, as well as in the south west later on.

“Saturday will be the most exciting day, because that’s when there’s the highest chance of snow,” DMI meteorologist Matrin Lindberg said.

A low front east of the country will be responsible for any snow on Saturday as it passes over Bornholm towards Sweden.

“That could bring snow to the entire eastern part of the country. Particularly during the course of the day as the temperature begins to fall,” Lindberg said.

A cold Saturday will begin at 0-2°C, before falling slightly towards freezing point as evening approaches.

Between one and seven centimetres of snow are predicted by DMI to fall in eastern Denmark on Saturday.

Sunday will also be cold, with localised snow or sleet.

“But it will clear up from the west, so Jutland may see some sun in the afternoon, while the east will also have grey weather,” Lindberg said.

A mild to moderate northwesterly wind will provide slight respite from the cold, with up to 3°C during the day, before temperatures again dip towards freezing on Sunday night.

“It could be a very cold evening and night with sub-zero across the country, all the way down to -8°C locally,” the DMI meteorologist said.

Drivers are advised to be alert to ice on the road throughout the weekend, he added.