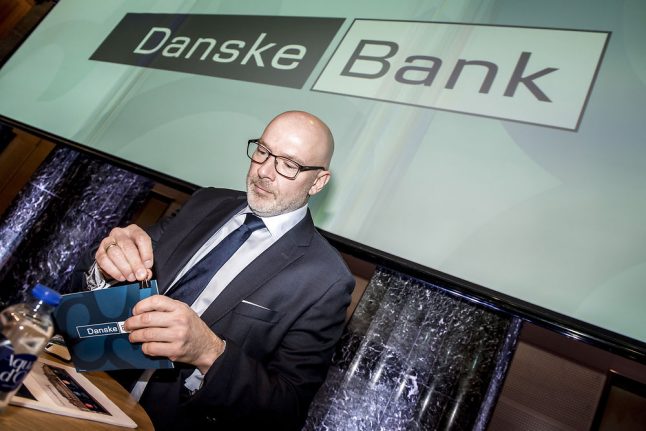 Net profit came in at 15 billion kroner (2 billion euros) for the year, down 28 percent on 2017, but largely in line with analyst forecasts and enough to reassure investors Danske Bank's core business was sound.

The shares were up nearly two percent in mid-morning trade in Copenhagen while the broader market was showing a gain of 1.4 percent.

“The results were largely in line with expectations and investors were reassured that the core Danske Bank businesses are going well,” Sydbank analyst Mikkel Emil Jensen told AFP.

Interim CEO Jesper Nielsen said in a statement that “2018 was a challenging year,” with criticism following the money-laundering uncovered at its Estonia unit “justified.”

“We must use the lessons learned from this case to prevent something similar from ever happening again,” Nielsen said.

“That is why in coming years we will further strengthen our efforts within compliance and anti-money laundering activities to become best in class among our peers.”

Some 200 billion euros, the bulk of which appears to have come from uncertain sources, was channelled through Danske's Estonian branch between 2007 and 2015.

These non-resident account transfers are now being investigated by authorities in Denmark, Brussels, Britain and the United States, raising the prospect the bank could face heavy fines.